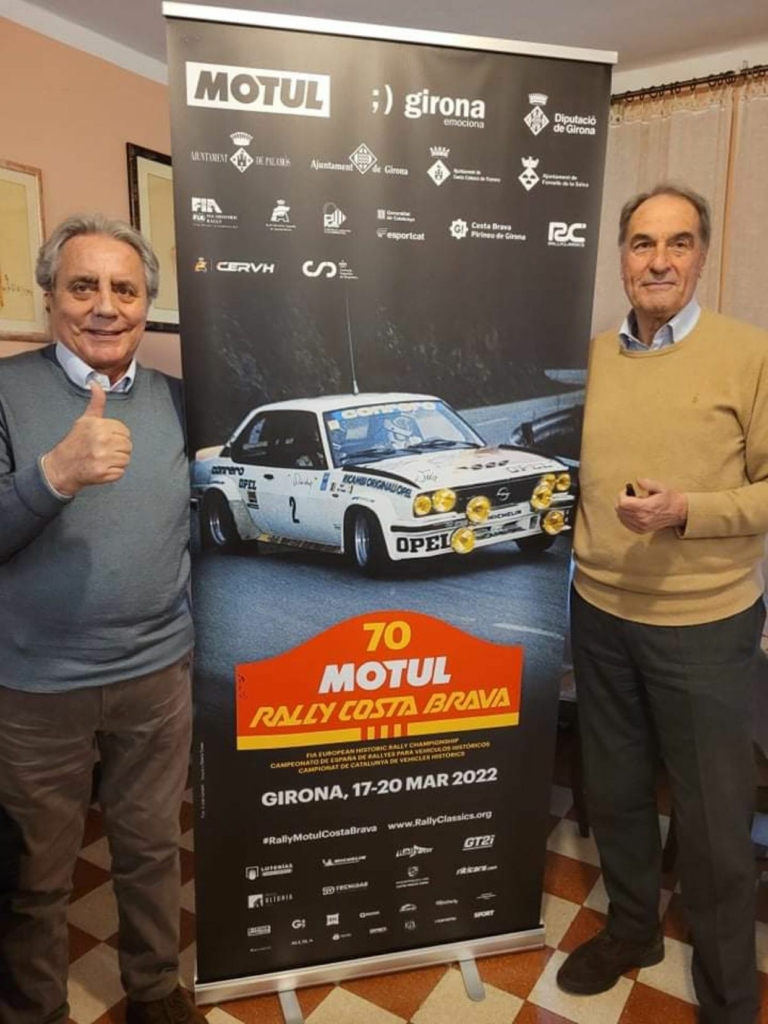 Tony Fassina and “Rudy”, European Rally Champions 1982, have met in Italy to collect a souvenir from the 70 Rally Motul Costa Brava.

“Rudy” was sidelined at the last minute of the rally due to hospital intervention, and was unable to join Tony on a rally where he put in a great performance at the wheel of his Lancia Stratos HF, finally accompanied by Marco Verdelli.

Now they have met again and Tony has given him this gift from the organization. We remember that the image of the 70t Rally Motul Costa Brava was dedicated to these two rally figures, who won the Rally Costa Brava forty years ago, also winning the continental title.

All informations of the 70 Rally Motul Costa Brava available here.