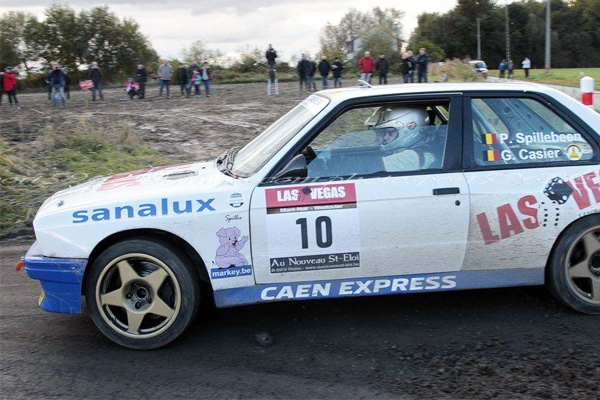 During the last season, the Belgian duo completed the historic rally Las Vegas Hoppeland Rally in the 5th position

The Belgian team formed by Patrick Spillebeen and Geert Casier will debut in the new Legend category of the Rally Moritz  Costa Brava, a modality that is attracting numerous participants outside the national territory. With their BMW M3 manufactured in 1988, the Spillebeen-Casier pair will add entertainment across Girona province roads. For a decade, Geert has been a regular in the co-driver’s seat in the historic rallies where Spillebeen has taken part, being the French Rallye National des Routes du Nord Historique the first test in which they competed together. In that case, they came with a Seat 124 Abarth.