The experienced Luis Climent, zero car aboard a SEAT Sport 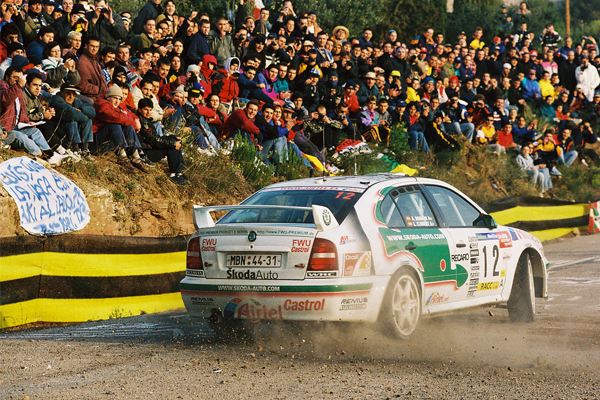 The pair formed by Luis Climent and Àlex Romaní, in their Skoda Octavia WRC, during their participation in the Rally Catalunya-Costa Brava of 2000. Photography: eWRC

Luis Climent, who raced the world rally championship between 1997 and 2000 co-piloted by Àlex Romaní, will be the driver of the 0 car in the 65 Rally Moritz Costa Brava. He will do it with José Vicente Medina, aboard a SEAT Sport vehicle.

The emblematic driver of Requena, until recently director of the Drivers School of the Valencia circuit, will execute the functions of 0 car in all the Spanish championship tests. Climent won the Team’s Cup of the 1999 World Championship, which gave him the official steering wheel of the Skoda team in the year 2000. He is one of the most friendly and beloved drivers for the fans, because of his spectacularity and sympathy.