K-sport, with an impressing line-up at the 70 Rally Motul Costa Brava

K-sport, one of the reference teams in the European historic rallies, will be at the 70 Rally Motul Costa Brava with a cast of drivers practically impossible to see outside of Italy until now.

The transalpine country has been closely linked to this rally since the 1970s, when the great Italian teams travelled to the event to begin their assault on the European Championship with a first prestigious victory. This relationship will allow that in this anniversary edition we can enjoy machines and riders of such a high level as those that K-sport will present. 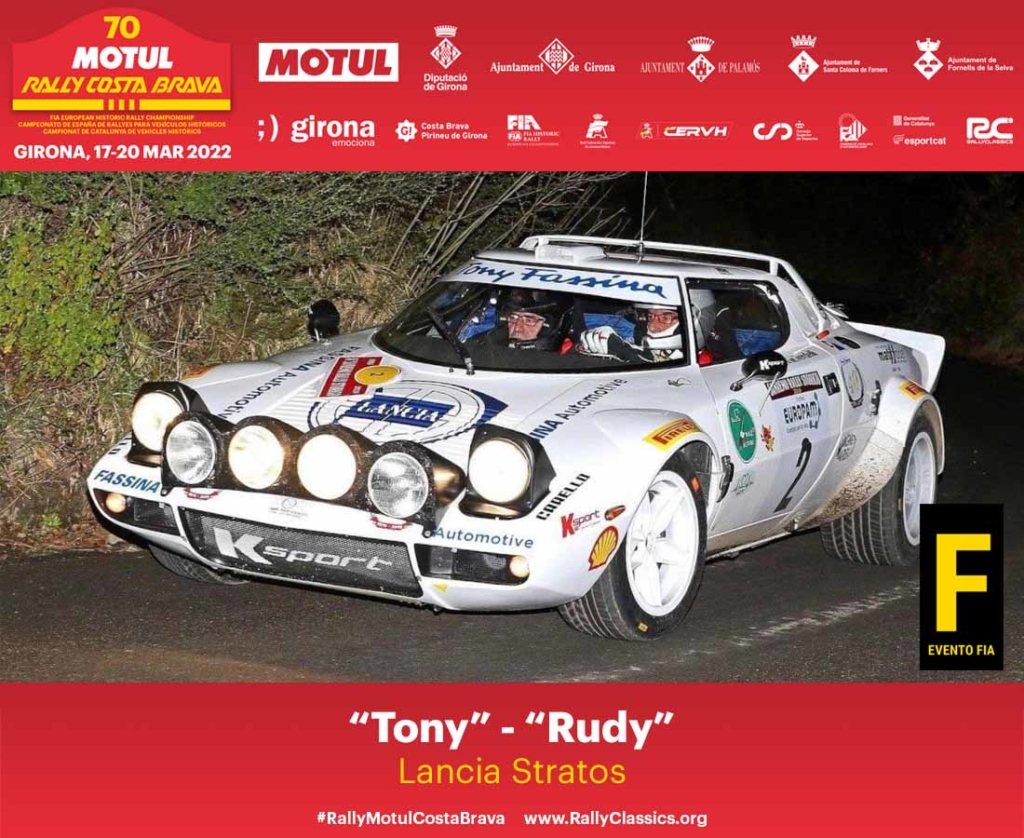 When in 1982 Antonio Fassina appeared at the 30 Rally Costa Brava with a finely tuned Opel Ascona 400 Conrero, the European title already had a favourite. Under the pseudonym “Tony” and co-driven by “Rudy”, an acronym for Roberto Dalpozzo, the Italian couple had a long road ahead of them to the continental title that they successfully started in this event.

“Tony” and “Rudy” were great athletes on the European rally scene, both as a team and individually. Together they wrote brilliant pages with their Conrero Squadra Corse’s Ascona 400 and achieved the European title 40 years ago.

Previously, and as a Jolly Club driver, “Tony” Fassina, three times Italian Champion, had participated in various world rallies, obtaining a resounding victory in the Rally Sanremo in 1979 with a Lancia Stratos HF. Precisely a Lancia Stratos HF will be the car that “Tony”-“Rudy” will use to participate in the 70 Rally Motul Costa Brava. 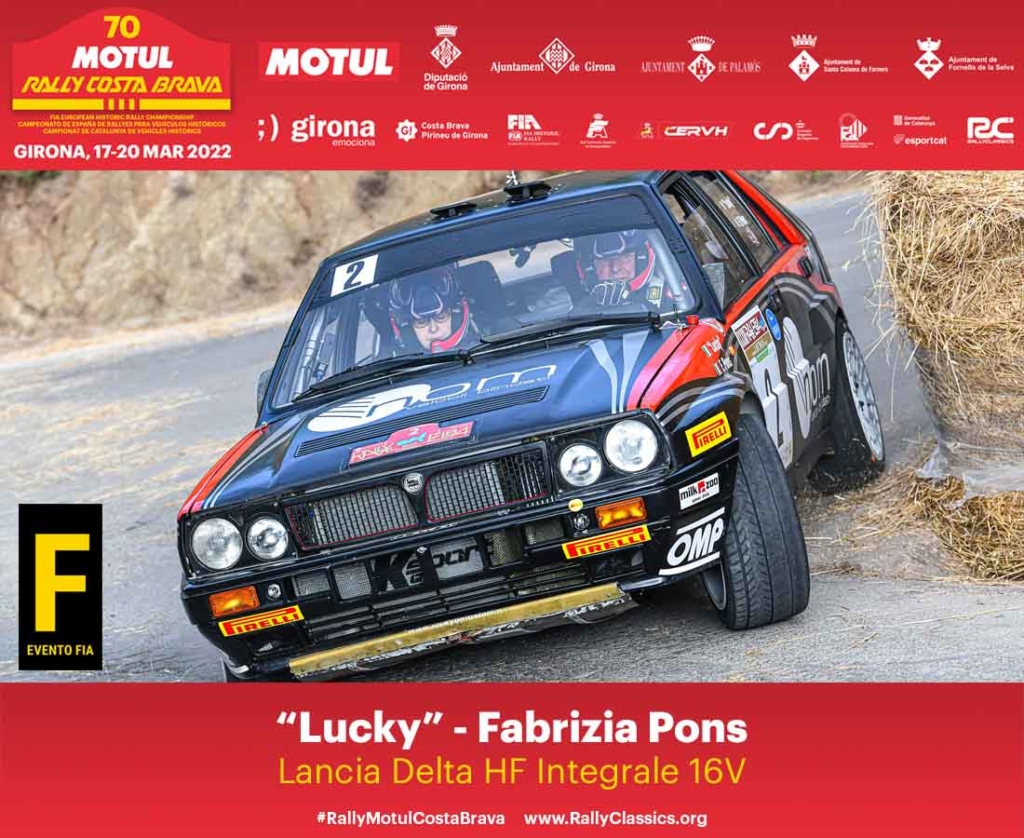 One of the most successful duos of historic rallies will return to this event of which they are already two-time champions, after their victories in 2015 and 2017.

They will compete with their tuned and always fast Lancia Delta HF Integrale 16V. 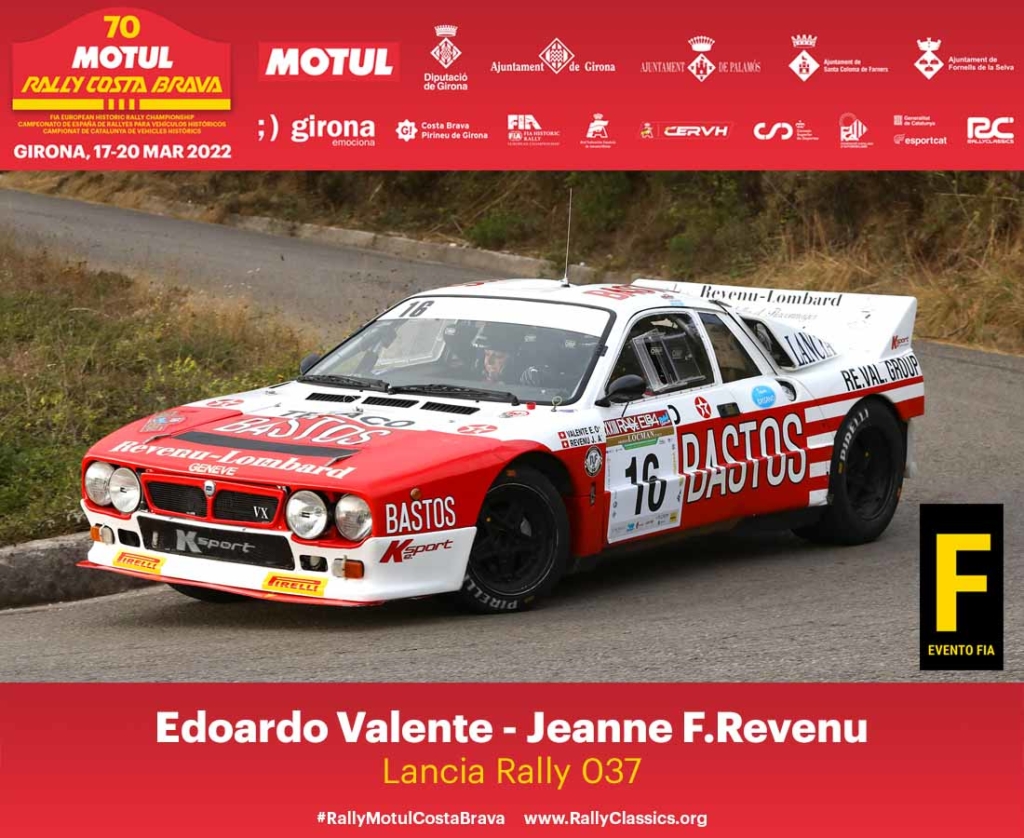 The triad of legendary rally models from the Turin brand will be completed with the presence of the Lancia Rally 037 driven by Italian Edoardo Valente and Swiss Jeanne Francoise Revenu.

This team, very difficult to see in competition outside of Italy, will face for the first time the challenge to race in the mythical roads of Girona. 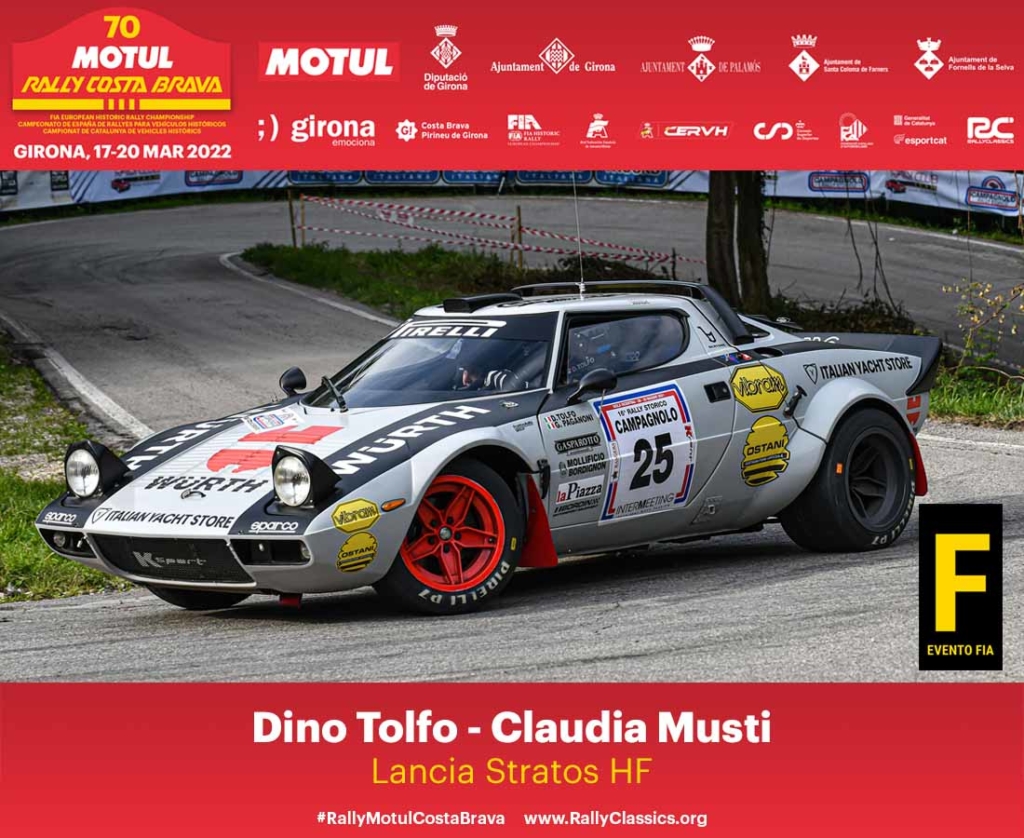 At the 70 Rally Motul Costa Brava we will have the opportunity to enjoy the driving and sound of one of the fastest Lancia Stratos HF in European motorsport.

Dino Tolfo and Claudia Musti will also make their debut in this rally, after signing great results in many Italian events.

Come and enjoy this vehicles in the 70 Rally Motul Costa Brava!