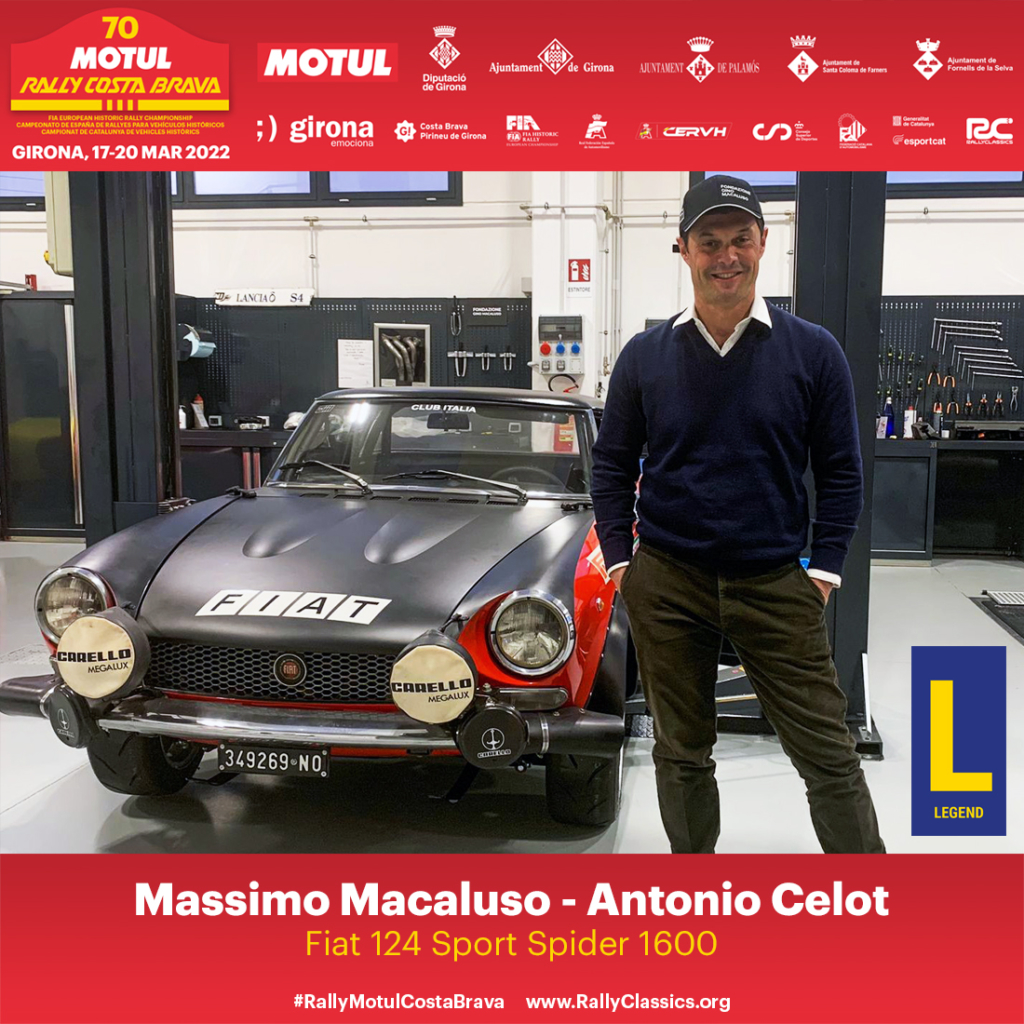 A great comeback in the 70 Rally Motul Costa Brava. The Fiat 124 Sport Spider 1600 Gr.4 will participate again in the rally with a very special driver: Massimo Macaluso, son of the Italian co-driver ‘Gino’ Macaluso who won, with the same “gem”, the Rally Costa Brava 1972 (20th edition) alongside Raffaele Pinto.

Massimo, who will be competing with his co-driver Antonio Celot, shares with his father the same passion to rally with Fiat vehicles, although little comparable to the remarkable machines ‘Gino’ co-piloted.

This participation has great importance as it allows, half century later, a double commemoration: the victory of the vehicle in the Rally Costa Brava and the entry of the rally in the European Championship.

The Fondazione Gino Macaluso per l’Auto Storica, founded in Turin by the will of the family, makes it possible to celebrate this double anniversary in style.

Luigi ‘Gino’ Macaluso won with Raffaele Pinto the European Rally Championship (after 5 victories, including the Rally Costa Brava) and the Mitropa Cup in 1972, and the Italian rally title in 1974 with Maurizio Verini, in both seasons with Fiat 124 Spider and Fiat 124 Abarth versions, respectively.

Come and enjoy this car in the 70 Rally Motul Costa Brava!