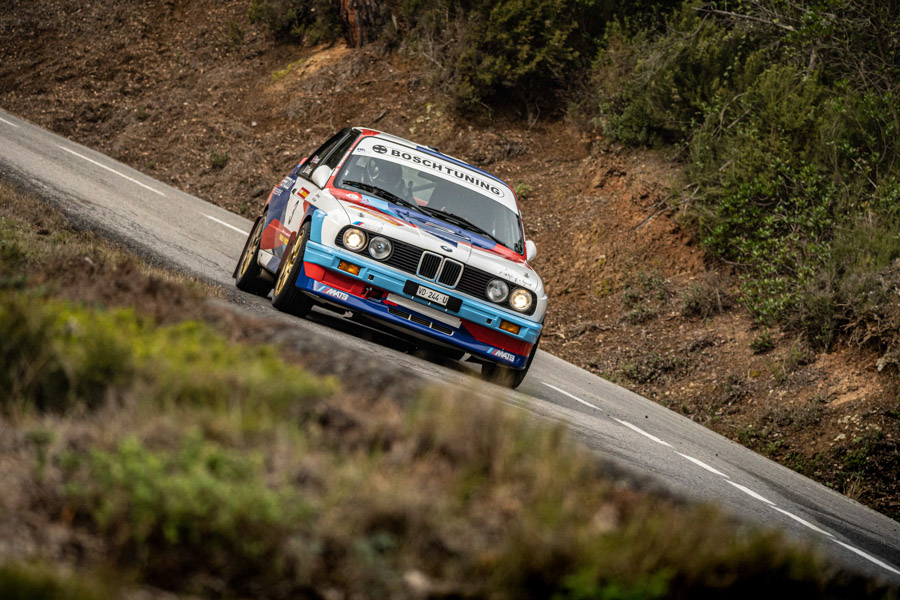 Rally in its purest form. This is how the 70 Rally Motul Costa Brava could be defined, an event that has put an end to this anniversary edition with the prize giving ceremony held on Sunday.

More than 170 teams from all over the world have enjoyed a rally that has shown a spectacular atmosphere, despite the difficult weather conditions, marked by rain and the dedicated state of the asphalt.

The happy faces on arrival at the Girona podium, after two days and twelve stages, denoted that the participants had enjoyed a rally with all the incentives that make this sport great: competitiveness, unpredictability, emotion and strategy. All this accompanied by the beauty and the difficulty of the mythical Girona roads that have made this rally an internationally prestigious event. 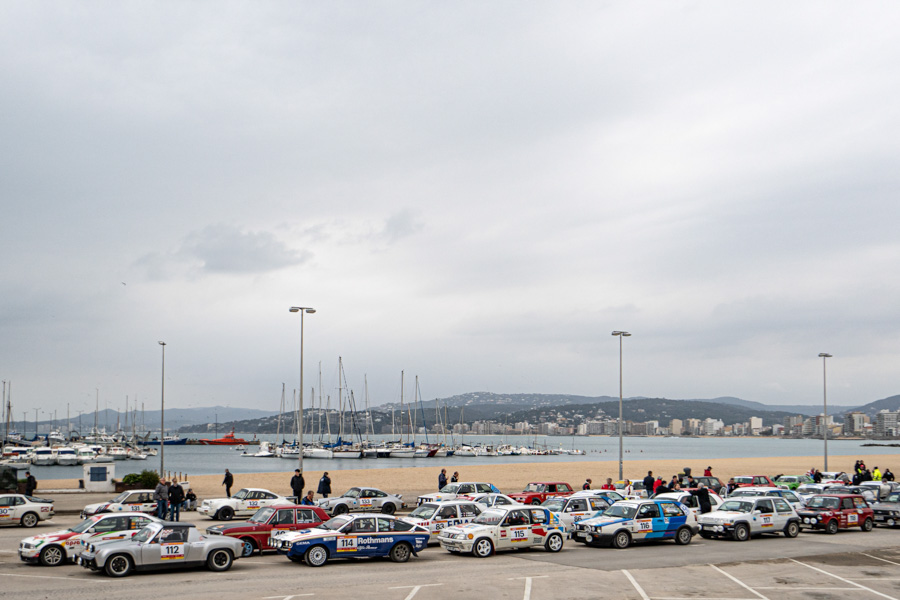 Big names in motorsport, vehicles that have made history in the world of rallying and a record female participation have collaborated to make this a very special edition of the oldest rally in Spain. A rally that has opened the season of the FIA ​​European Historic Rally Championship and the Spanish Rally Championships for Historic Vehicles, as well as including the Catalan championships and the Legend category for vehicles of special interest.

For Alex Romani, president of Club RallyClassics, “we couldn’t have dreamed of a better anniversary edition than this one. We have had a participation of the highest level, the best vehicles that can be found in a historic rally and a great atmosphere both in Girona and in Fornells de la Selva and in the stages. The balance of the 70 Rally Motul Costa Brava is extraordinarily positive. We can only thank the involvement and work carried out by the entire organization, made up of approximately 400 volunteers, in the challenge of carrying out two rallies of this caliber just four months apart, and to Motul for joining us as title sponsor”. 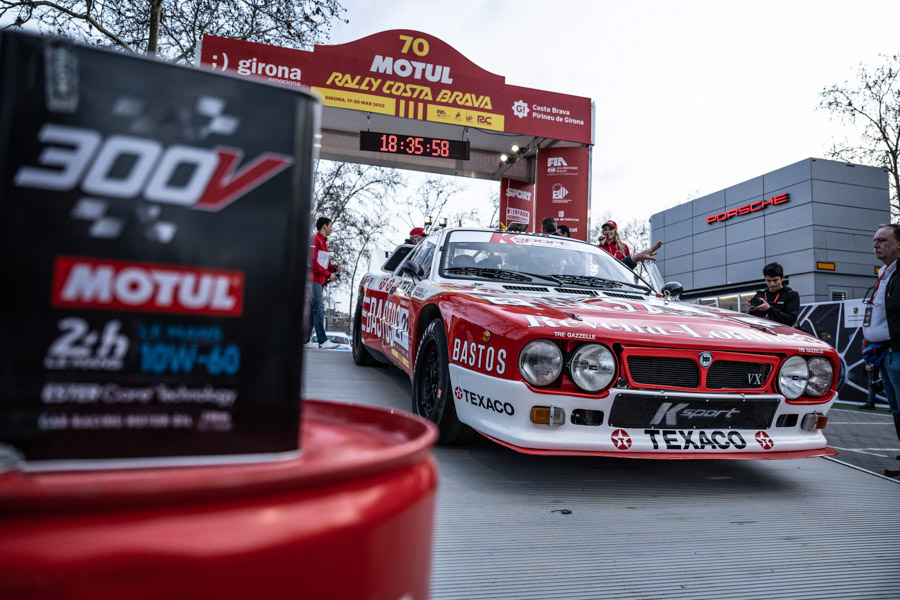 Changing weather conditions and spectacle on the stages

The last days of winter have been strongly felt during the 70 Rally Motul Costa Brava. The rain and low temperatures have accompanied most part of the event, giving the competition more excitement and spectacularity.

Friday’s leg already started wet in the Els Àngels, Santa Pellaia and La Ganga stages, in a first loop where the wet tyres were essential to set good times. The weather was better in the afternoon loop, although in many cases it was decided to keep compounds.

The decisive stage on Saturday was raced entirely on a wet and slippery surface in the Osor, Collsaplana and Cladells stages, especially difficult in the afternoon loop. Fortunately, the rain stopped when the participants arrived in Girona to celebrate, together with the large audience that has accompanied all the ceremonies of the rally, the end of the competition. 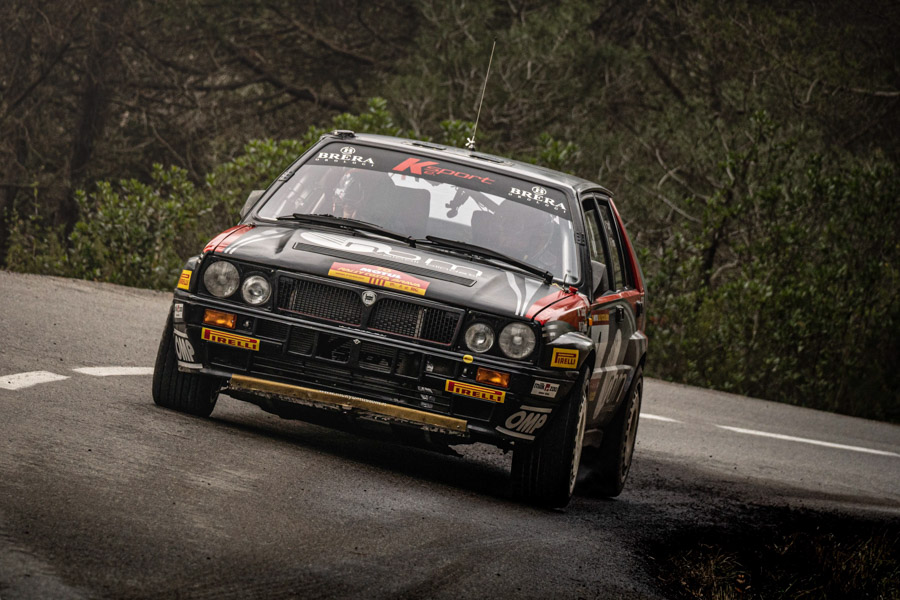 Excellent start of the MotorDona program

The 70 Rally Motul Costa Brava has been the starting point of the MotorDona program. A total of 13 women drivers and 25% women co-drivers have participated in the rally, which has also had women in positions of responsibility in the organization and race direction, as well as among the volunteer teams that make the rally possible.

The participation of all of them has helped to lay the foundations for a three-year program created by Club RallyClassics, in collaboration with institutions and companies, to promote the female participation in all areas of classic motoring. 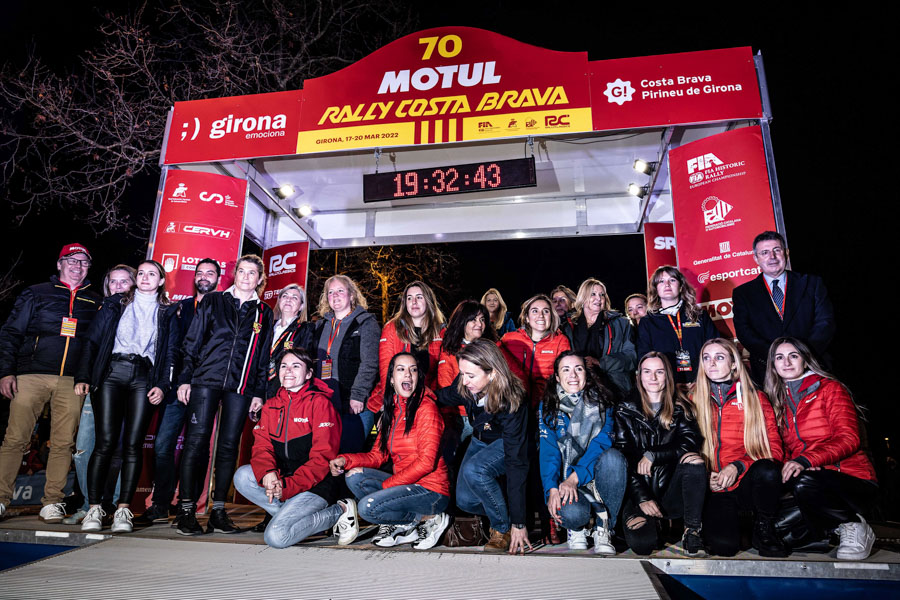 The importance of this event on the international scene is demonstrated by the presence of leading motorsport figures. Perhaps the most anticipated was the return of “Tony” Fassina, the winner of the Costa Brava Rally in 1982, alongside Marco Verdelli aboard a Lancia Stratos HF with which he was enthusiastic about competing in these complicated conditions. 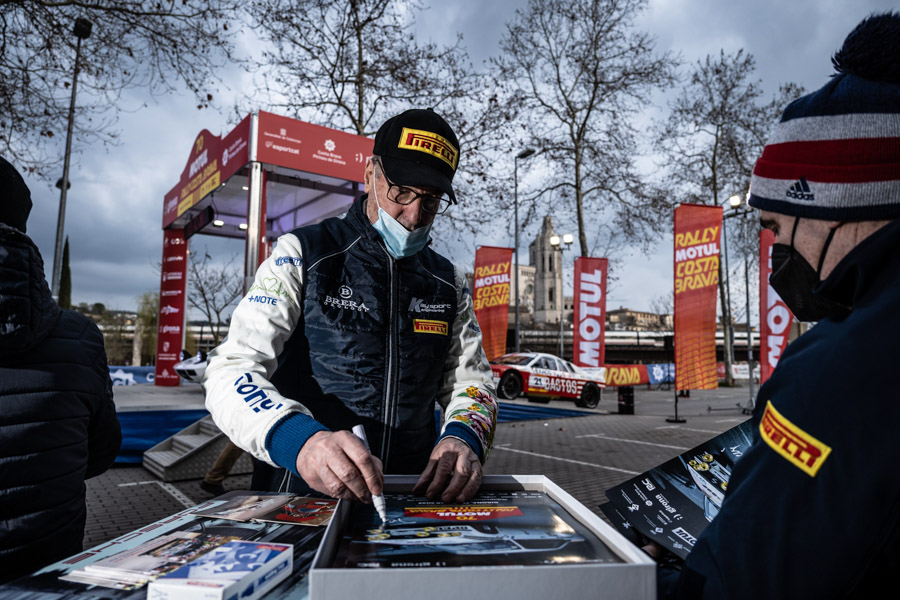 The participation of Salvador Servià and Xavi Lorza, as part of the SEAT Históricos squad, is also very remarkable. With the sole and exclusive goal of enjoying a rally together, 18 years later, Salvador and Xavi have surely relived the good times in the Rally Costa Brava of previous decades. Within the SEAT Históricos team, pastry chef Jordi Roca has enjoyed his debut in the world of rallying, enjoying every second of this experience that he explained that “it has left him amazed and eager to repeat”. 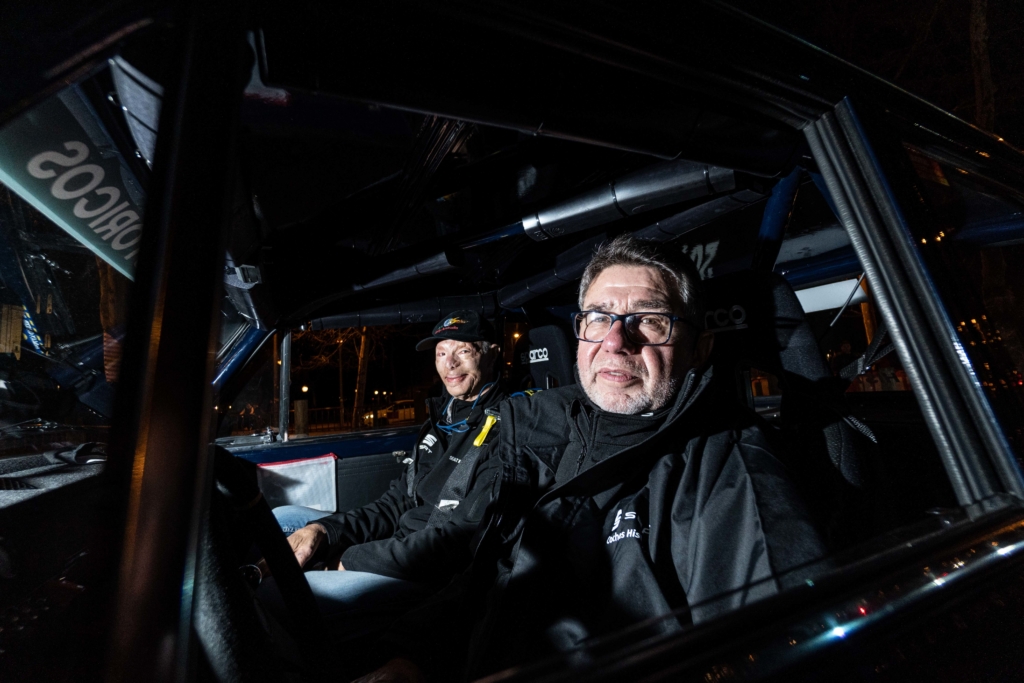 This anniversary edition has also featured exceptional cars, such as the Fiat 124 Spider 1600 with which Raffaele Pinto – Gino Macaluso won 50 years ago, precisely in the edition of the rally’s entry into the European Championship. The vehicle, driven by Massimo Macaluso, Gino’s own son, received applause from all the fans on the podium. 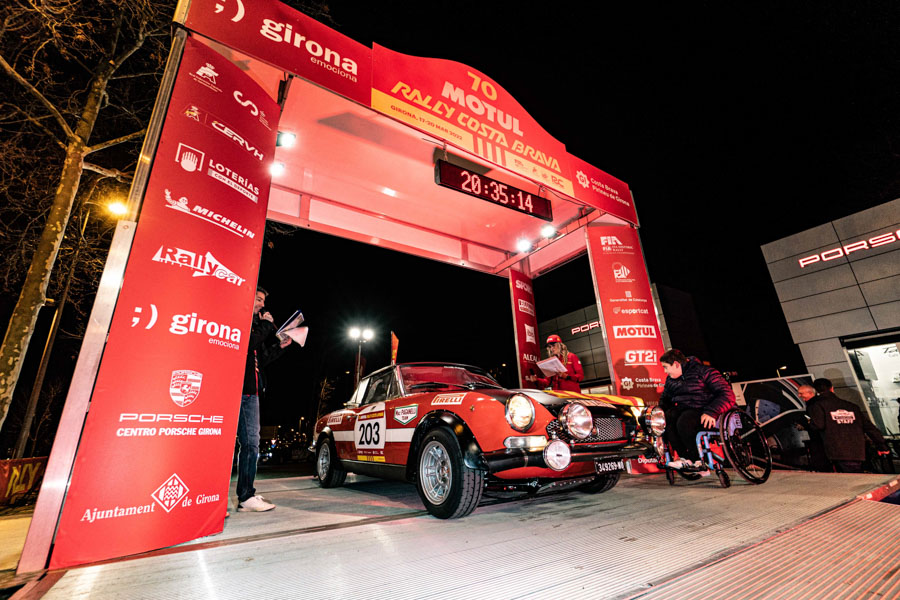 With 45 cars entered in the FIA ​​European Historic Rally Championship, it was clear that the competition was going to be fierce in the battle for the top positions. The most competitive was Category 4, which experienced a fantastic battle for the first positions won by the BMW M3 of the Swiss Pascal Perroud and the Frenchman Denis Giraudet.

For Perroud, the victory was based on completing two first stages at a very high level, in which he gained a certain advantage over his rivals, and from then on focusing on managing the lead. A strategy that paid off, as they reached the finish line in first position, both in the European contest and in overall ​​results of the rally. 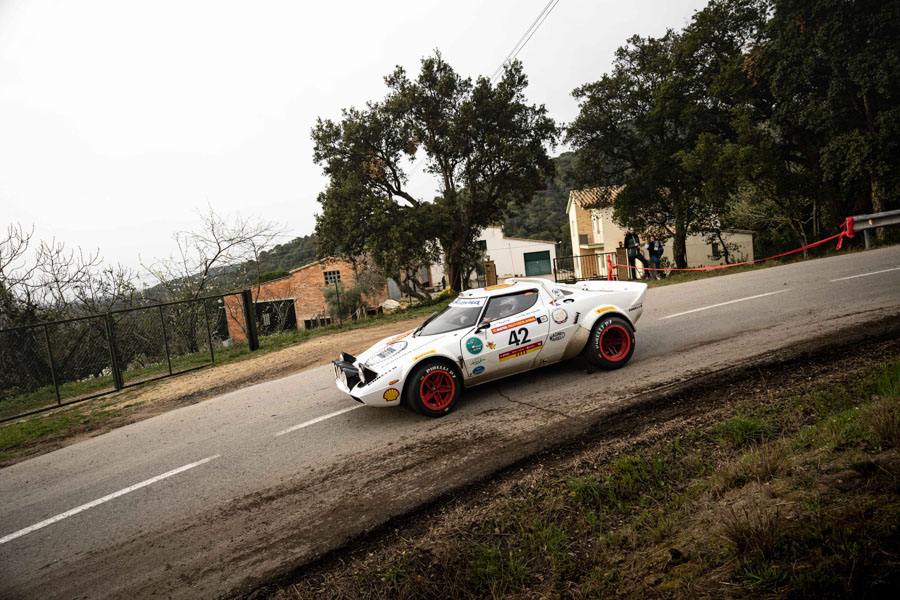 This is the first victory in a prestigious rally like the Rally Motul Costa Brava for Pascal Perroud, while for the experienced Denis Giraudet, this is his third victory in the Catalan event, after those he obtained in 1998 and 2001 together with Didier Auriol when the Rally Catalunya-Costa Brava was scoring for the World Rally Championship. After this pair finished Jean François Mourgues/Thierry Barjou (BMW M3) and the double winners of this rally “Lucky”/Fabrizia Pons (Lancia Delta HF Integrale 16V).

In category 3, the Audi Quattro of the Italians “Zippo”/Nicola Arena prevailed; in category 2, great victory for “Tony” Fassina/Marco Verdelli (Lancia Stratos HF) on their triumphant return to the Rally Motul Costa Brava; and in category 1, the highest podium slot was for Ernie Graham/Karen Graham (Ford Escort RS 1600 Twin Cam). 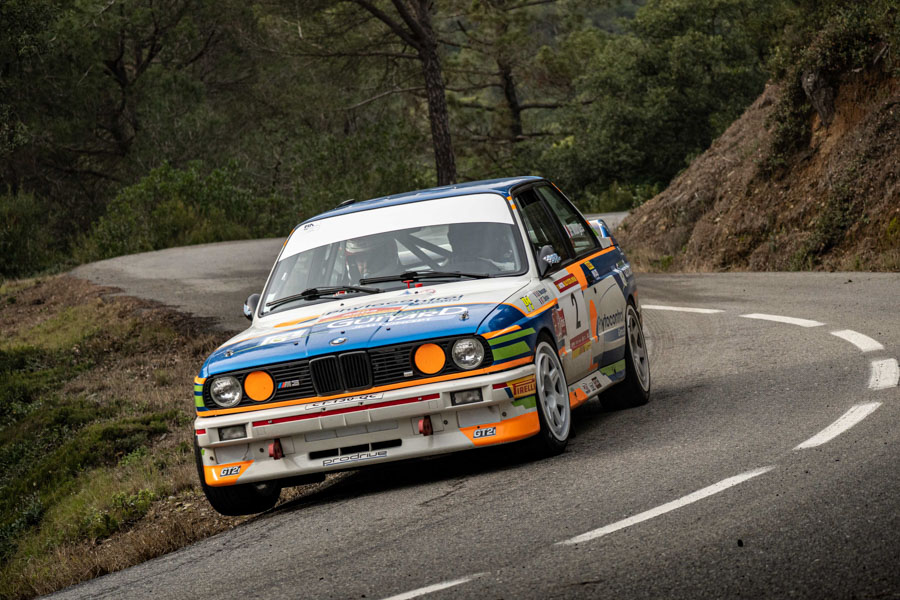 José María Martínez “Aikon”/Luka Larrosa (BMW M3) were the fastest in the first rally of the national championship for historic vehicles, and also among the Pre-90 Cars. After them finished Jordi Ventura/Josep Autet (Ford Sierra RS Cosworth) and Miguel Otegui/Giovanni Breda (BMW 325i). 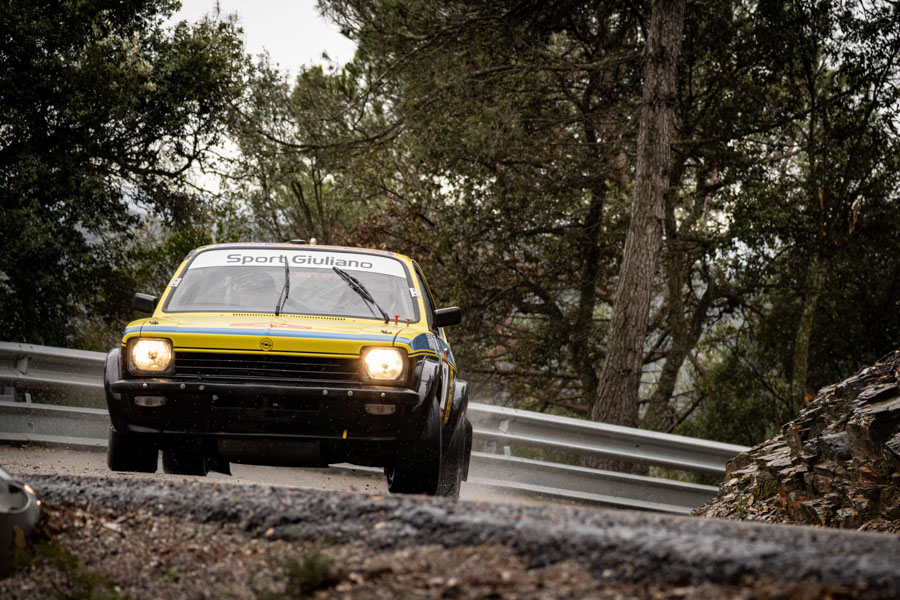 Among the vehicles entered in the Catalan contest, victory for the Monegasques Pierre-Manuel Jenot/Freddy Delorme (Ford Escort RS1800), in a great rally that took them to third position overall among the Sporting ​​teams. After them finished José María Martínez “Aikon”/Luka Larrosa (BMW M3) and Jordi Ventura/Josep Autet (Ford Sierra RS Cosworth). 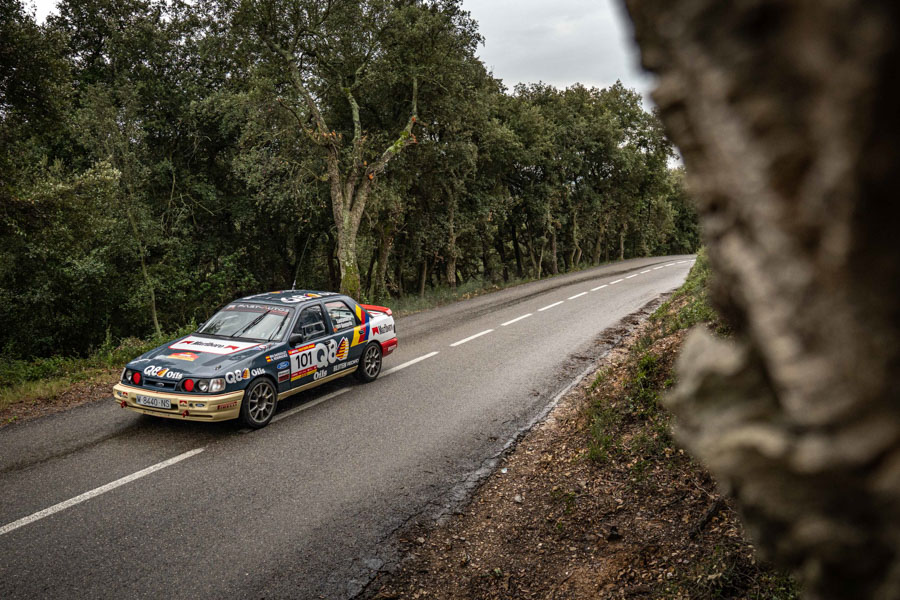 Sixth in the standings were the Italians Marina Orlandi/Mariarosa Vicari (Lancia Beta Montecarlo), who thus revalidated their victory in the MotorDona trophy for women’s Regularity teams. 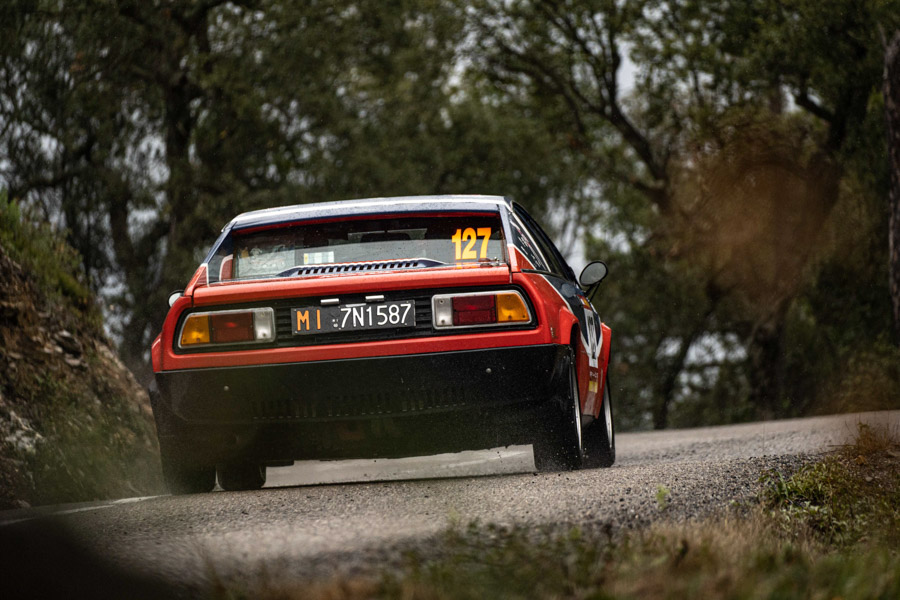 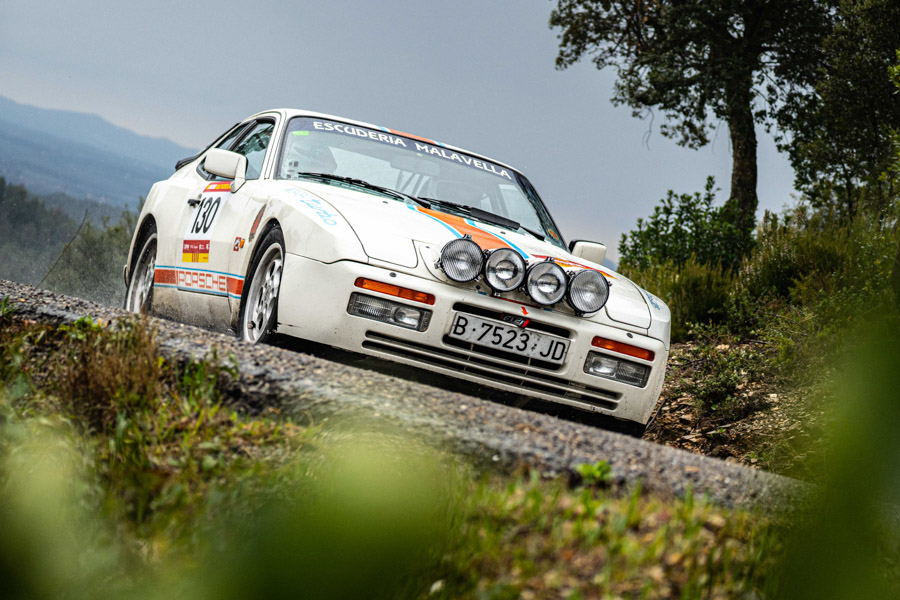 This has been one of the most competitive editions in recent years, both for the quality of vehicles and participants and for the unpredictability of the weather. All this in a rally that has reached a new record of international participants, with half of them coming from other countries, and also with a new record of participation in the Sporting ​​categories.

Now the historic championships will continue their journey throughout the season, with the intrigue of knowing if that classic prediction that said that the winner of this rally had the best chance of winning the Championship will be fulfilled. If one thing is certain, it is that, after an extraordinary 70 Rally Motul Costa Brava, the 71st edition will arrive stronger than ever in 2023. 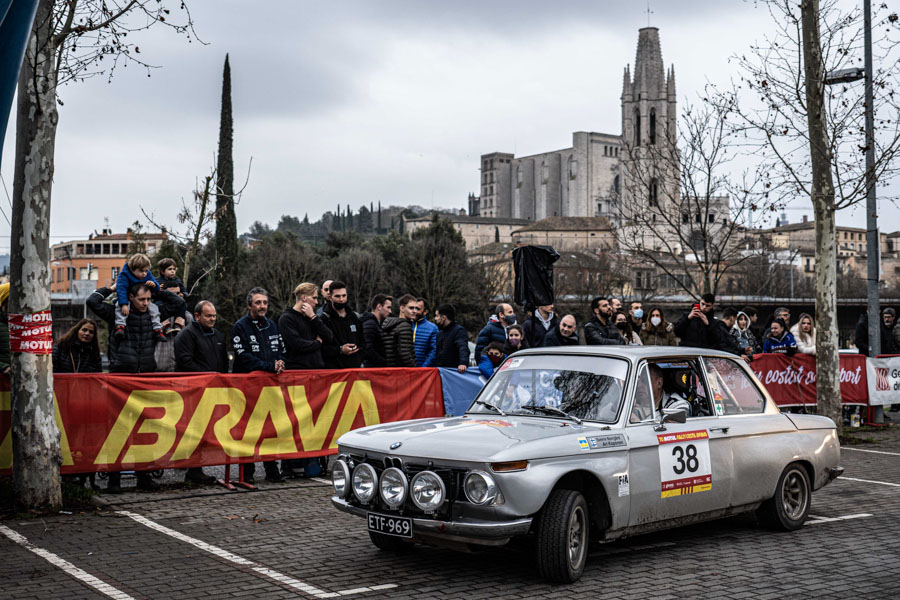 Classifications of the rally now available on RallyClassics website.