The Rally Motul Costa Brava is consolidated as one of the most prestigious rallies for historic vehicles in Europe. If in the 2022 edition the oldest rally in Spain reached 181 registered teams, by 2023 it is expected to exceed that figure, based on the volume of reservations that have already been made for the rally, more than 135 so far.

In this edition we will have many teams that will visit us for the first time. One of the largest groups will undoubtedly be the one coming from Ireland for the first time. A total of 9 Irish teams will travel to Girona to enjoy the 71 Rally Motul Costa Brava aboard very special cars. We discover them below. 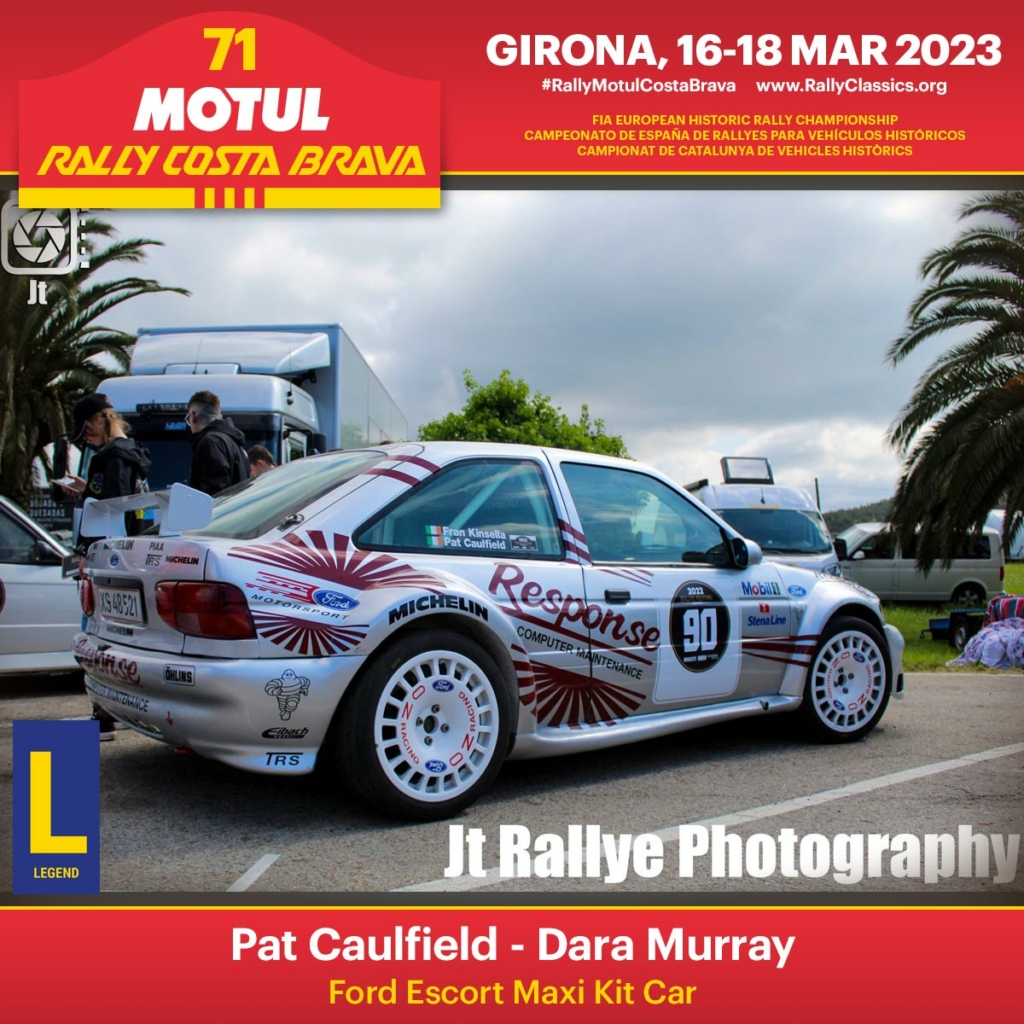 Slowly Sideways Ireland member Pat Caulfield captains the group of Irish teams. Caulfield has been in love with rallying in our country for several years, and long ago promised that one day he would participate in the Rally Motul Costa Brava. This year he will fulfill his promise and he will do so aboard his Ford Escort Maxi Kit Car F2. 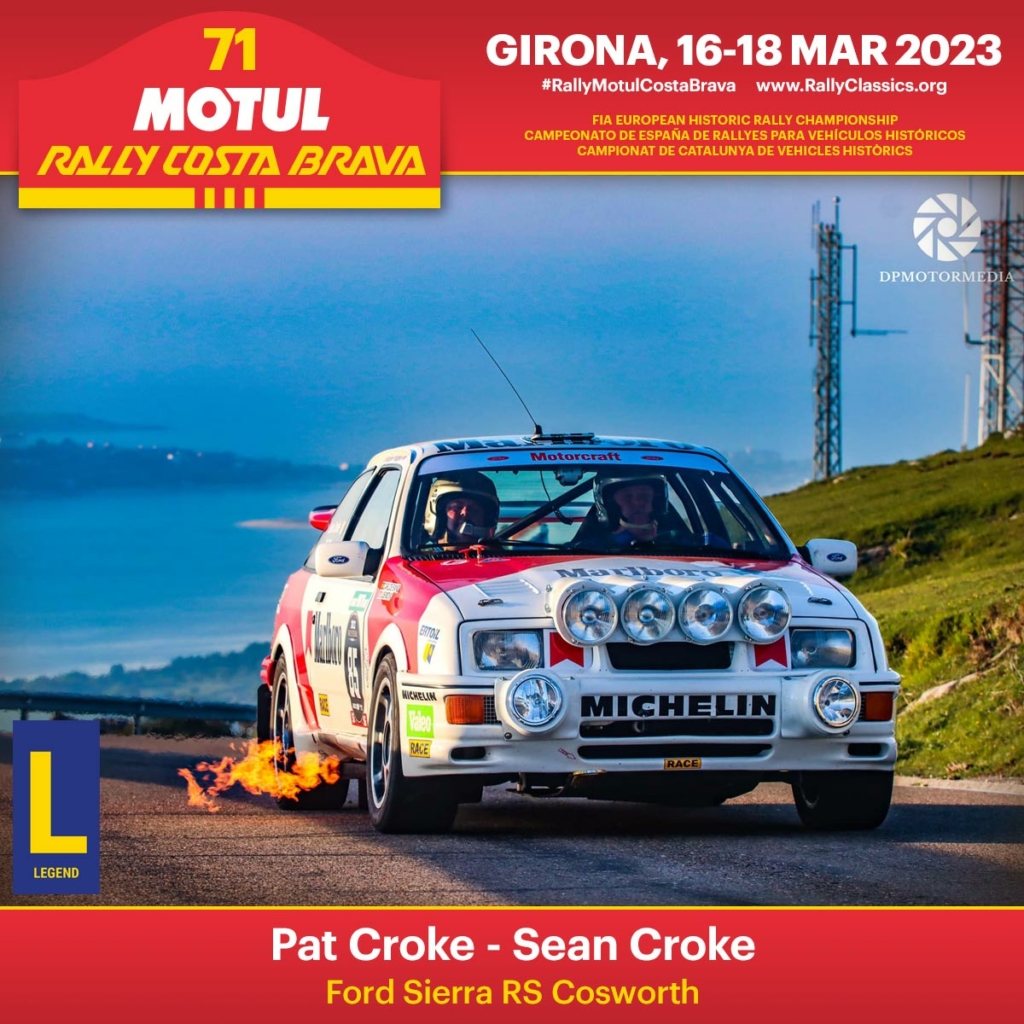 The Croke family is another of the illustrious surnames of rallying in Ireland. Pat and his son Sean will participate with their spectacular Ford Sierra RS Cosworth Gr.A, unit ex-Carlos Sainz and Luís Moya. It will be an unrepeatable opportunity to see them in action. 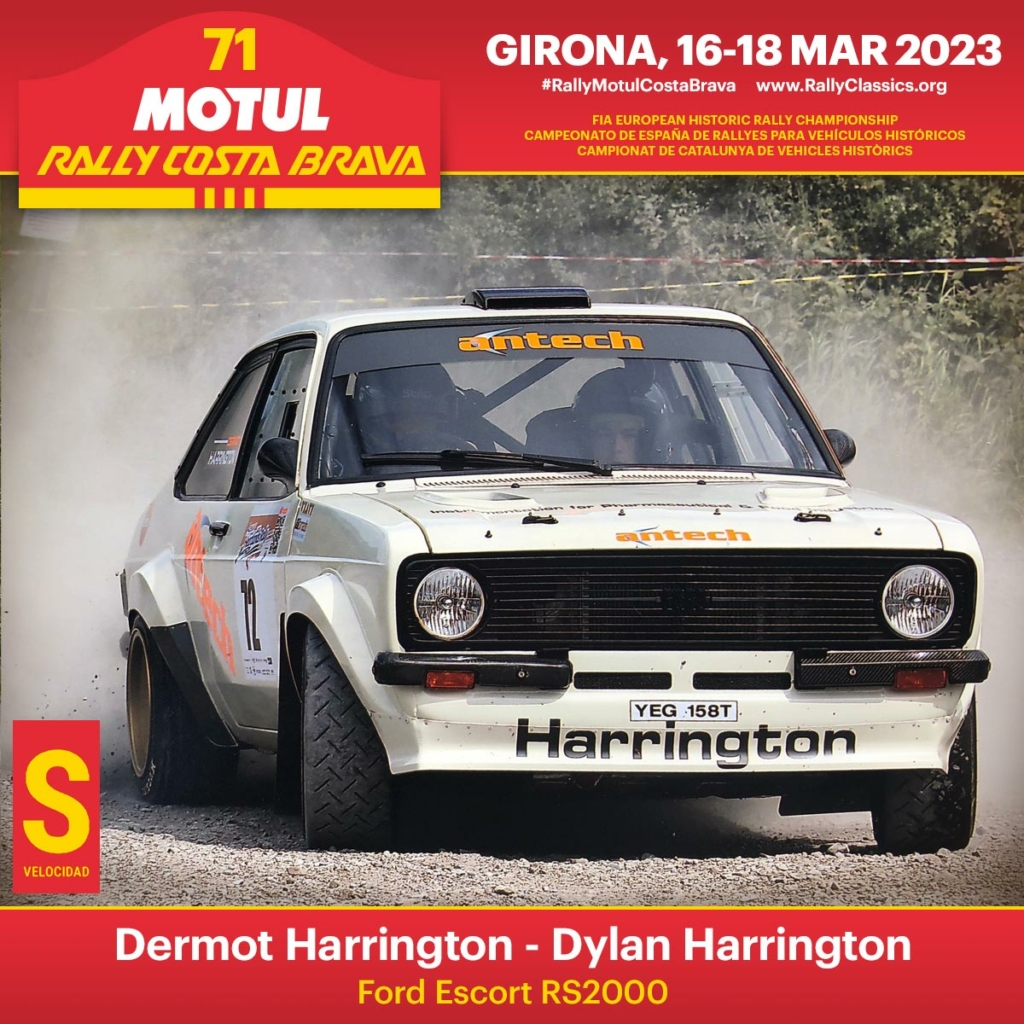 Dermot has a long history of rallying in his country, especially with his Toyota Corolla Twin Cam. Dermot and his son Dylan will take part in their first rally since 2019 and their second aboard their powerful Ford Escort RS2000. 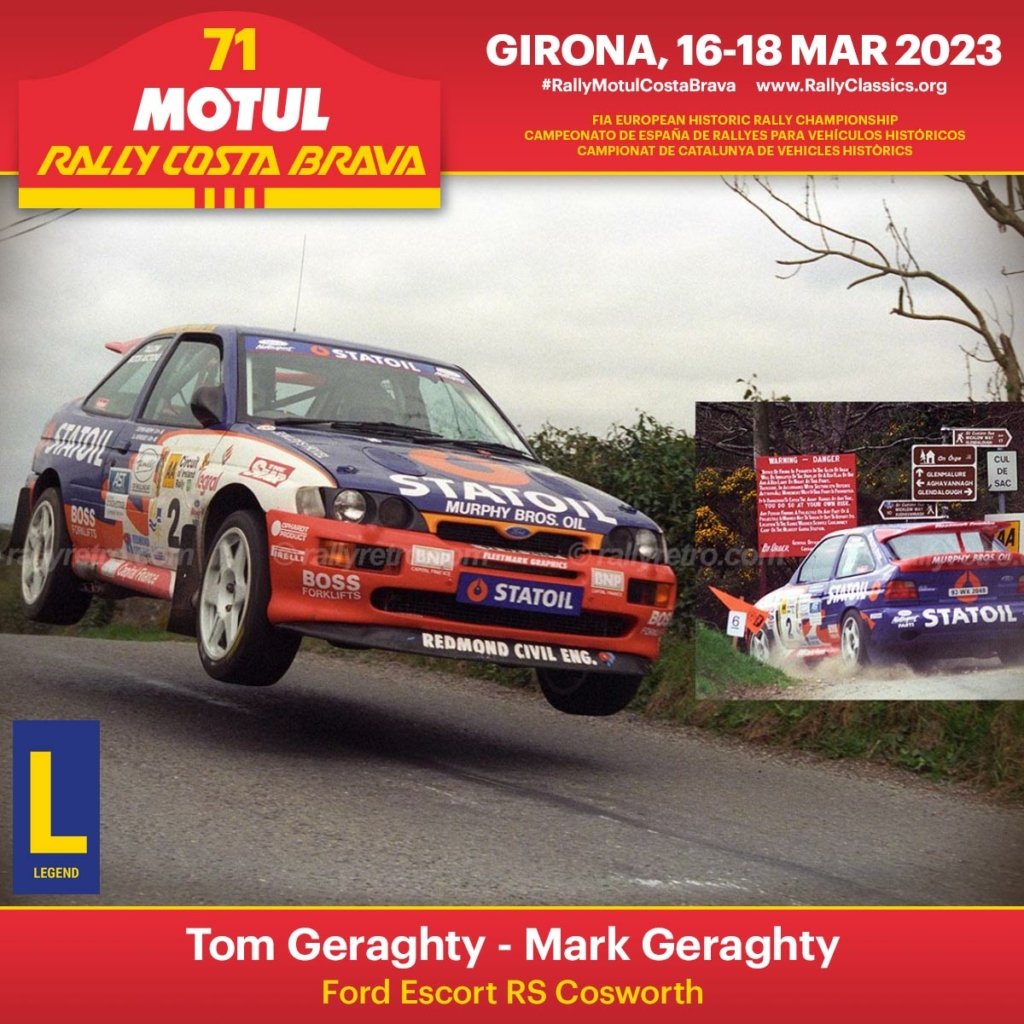 The surname Geraghty is synonymous with Ford Escort. The driver has competed aboard the different iterations of the model, and for this rally he will drive the Ford Escort RS Cosworth, an iconic car in Ireland, winner of multiple rallies in his country. 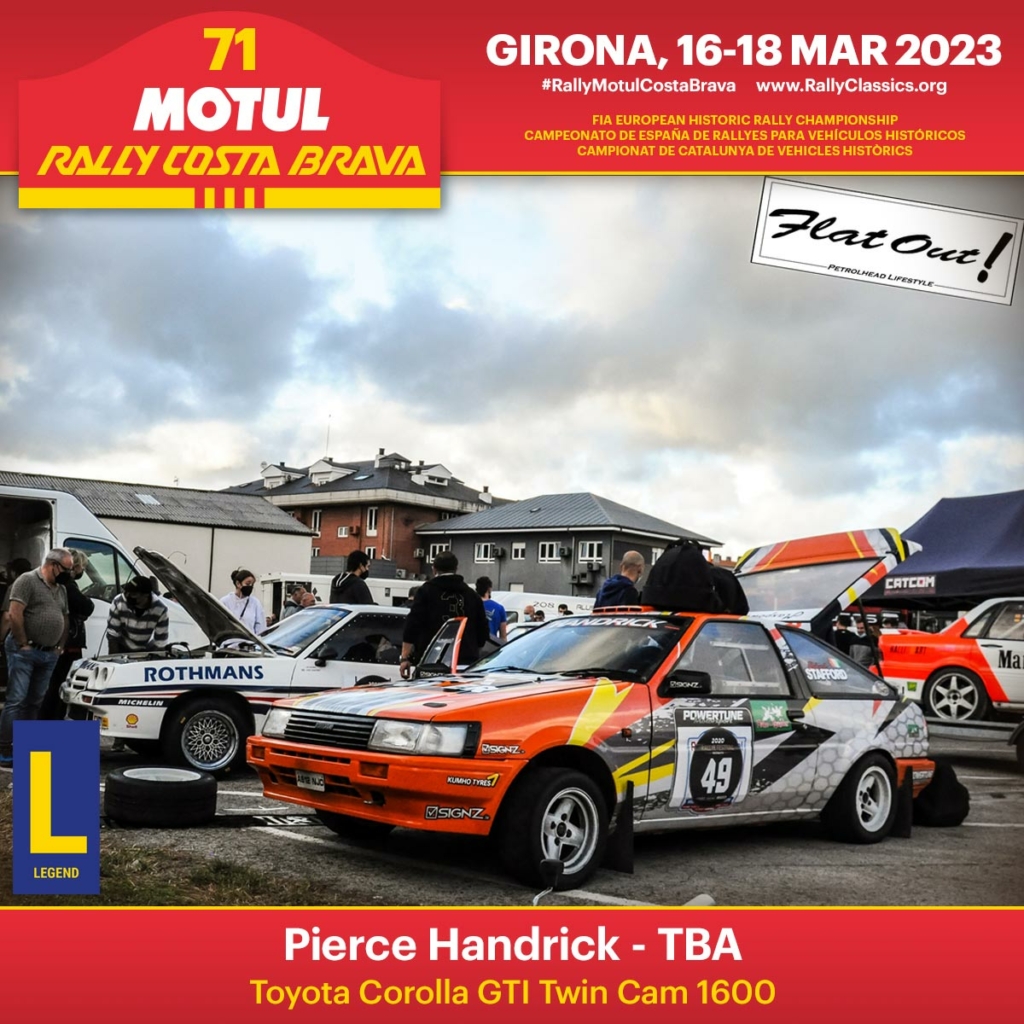 Pierce is another very active driver in rallying in his country, usually behind the wheel of a Honda Civic. For the 71 Rally Motul Costa Brava he will participate with his Toyota Corolla Gr.A, a very special car with a long list of victories in Ireland. 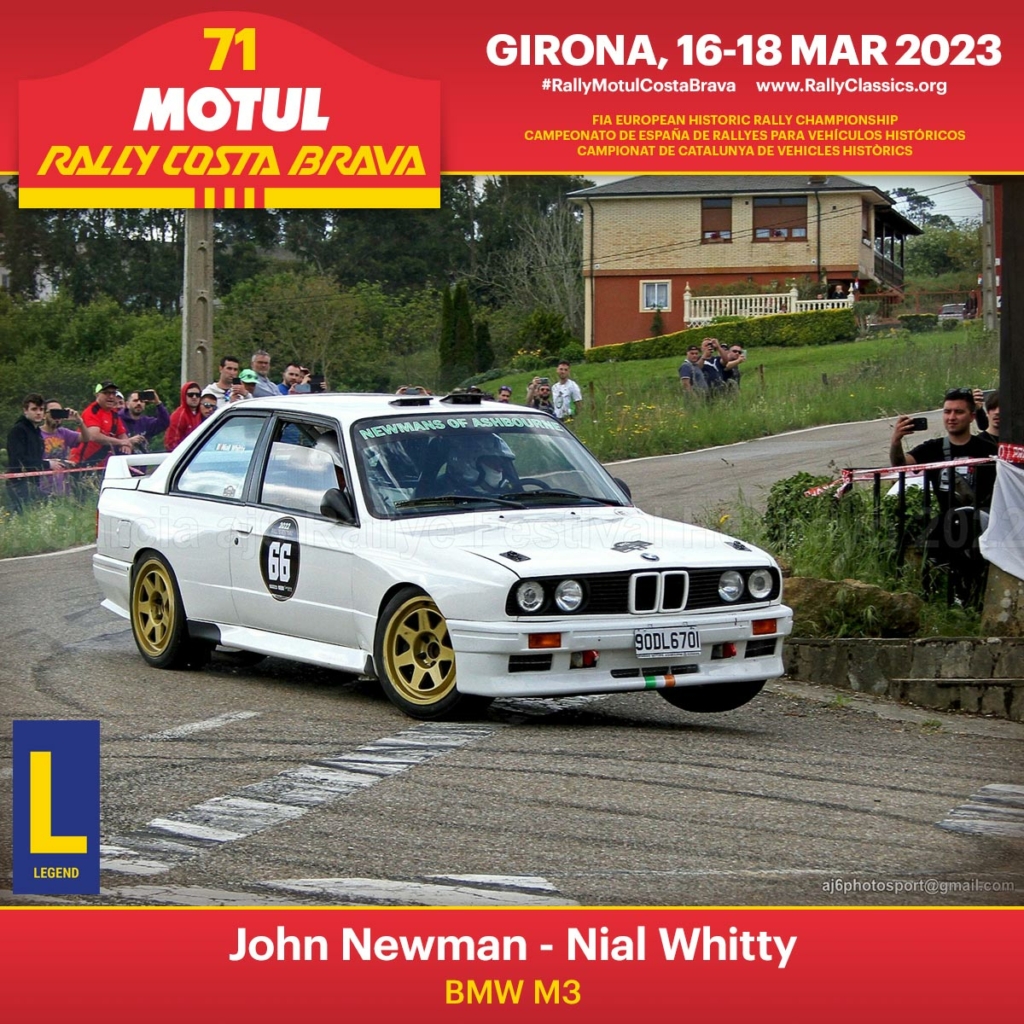 John is a spectacular driver, with participation in rallies in different countries. If he previously competed with a Proton, now he does so at the wheel of this original BMW M3 Delage Gr.A, with which he is eager to discover the stages of the Rally Motul Costa Brava. 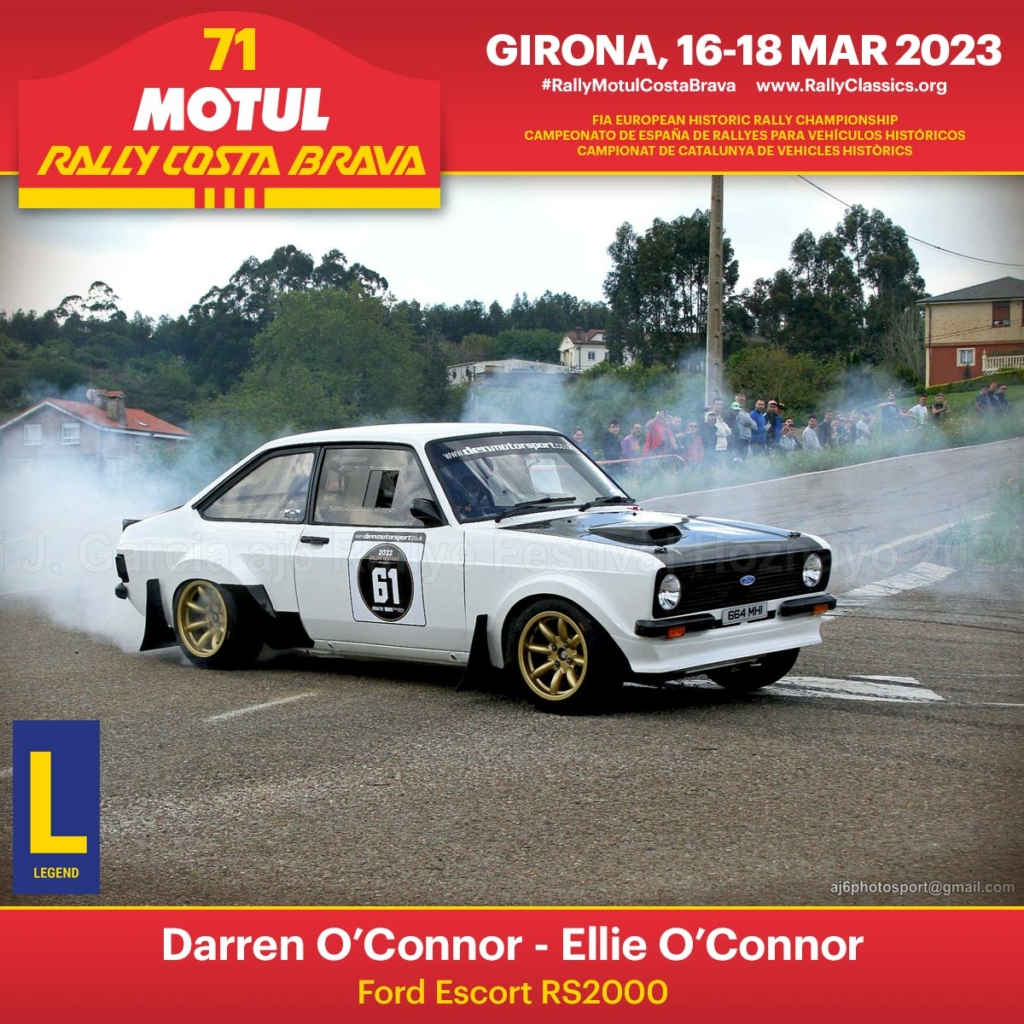 Darren is also an experienced rally driver, having competed behind the wheel of vehicles such as the Vauxhall Nova or the Ford Puma Super 1600. He currently does so with his  well-tuned Ford Escort. 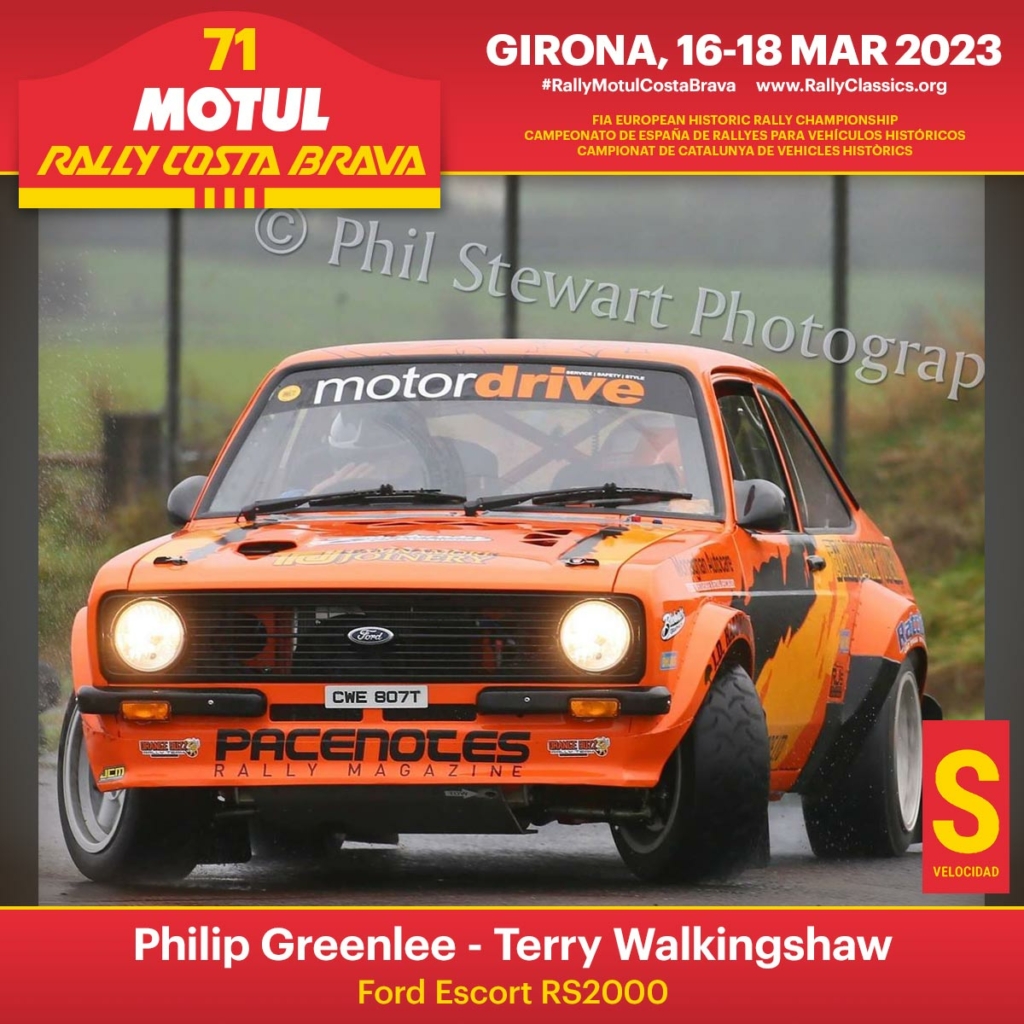 Philip is another passionate about classic cars in general, and Ford Escorts in particular. His “Orangebuzz” has raced all over Ireland and both Philip and his co-driver Terry (who co-drove Philip’s father years ago) are looking forward to taking part in the Rally Motul Costa Brava for the first time. 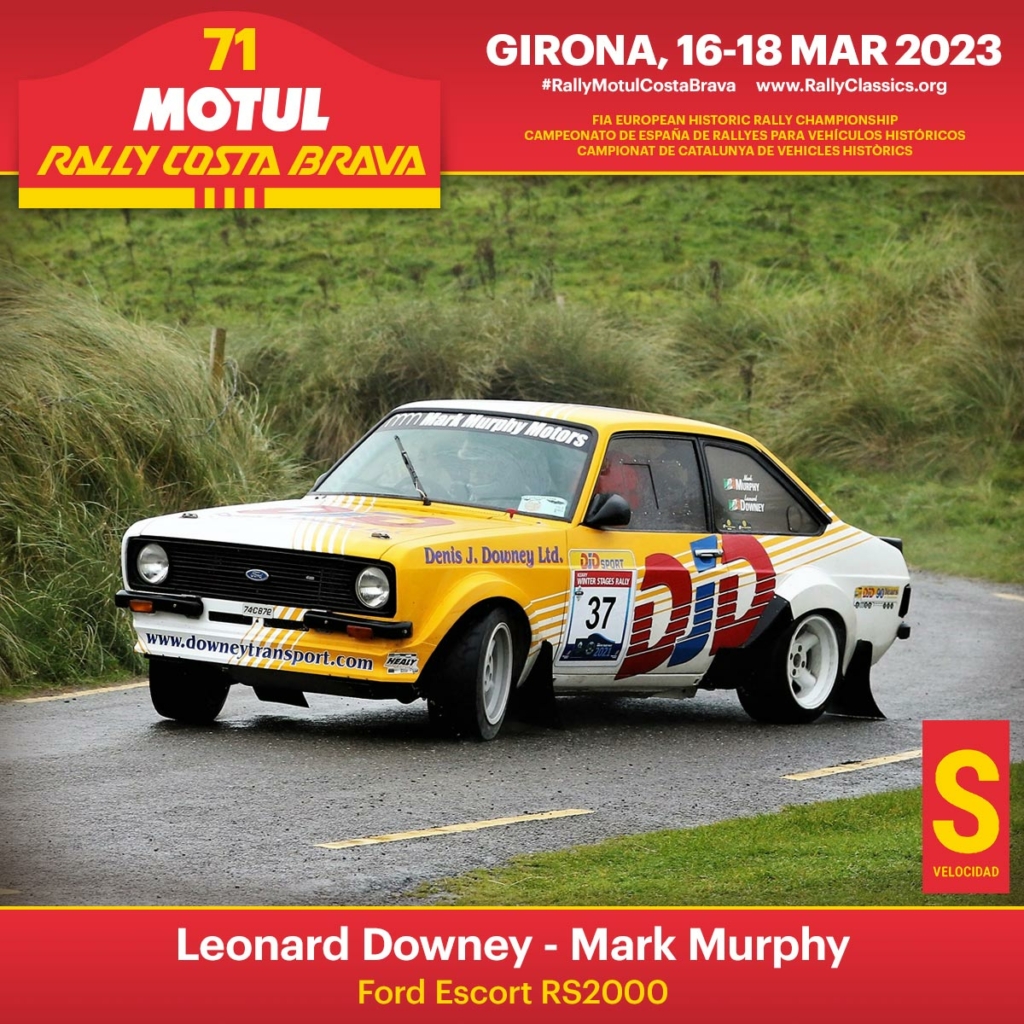 Leonard and Mark are the only Irish duo who already knows the rally, after their participation in 2022. They face this new challenge with the desire to continue enjoying the rally, and to be competitive from the beginning for another year.

We welcome you all!

All those teams that want to participate in the 71 Rally Motul Costa Brava can reserve their place now. The places are limited.

For more information about place reservation, you can contact secretaria@rallyclassics.org

All informations regarding the 71 Rally Motul Costa Brava available here.