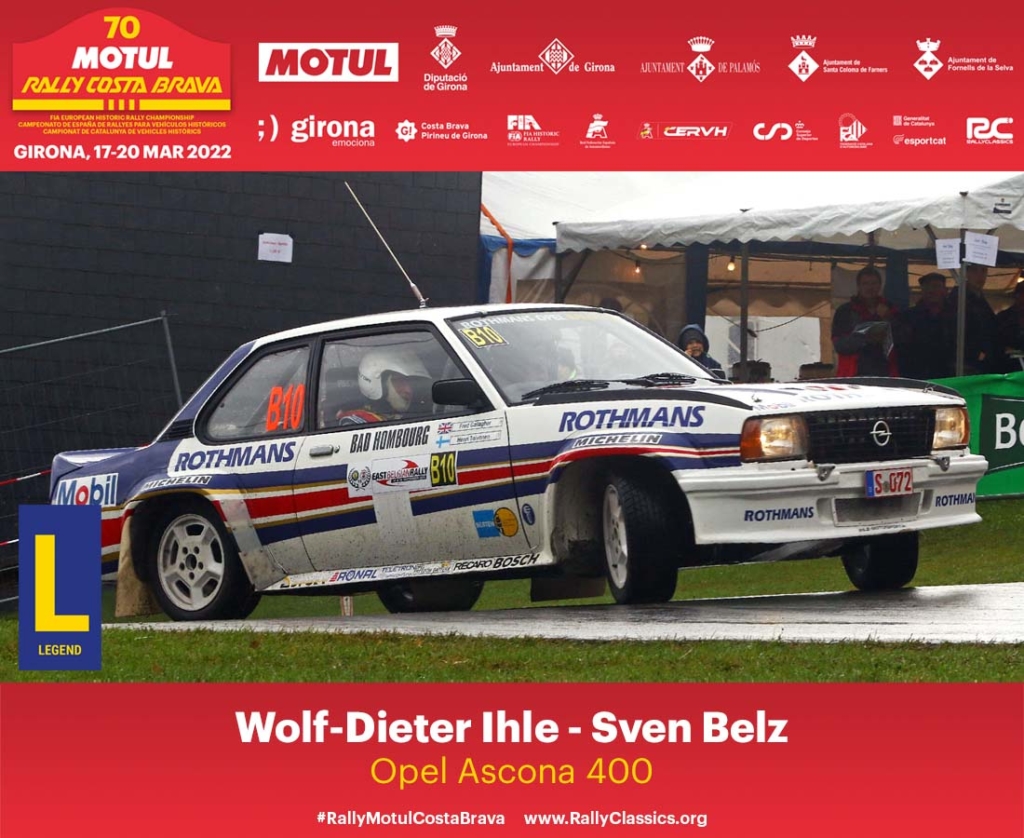 Having just turned 64, the German Wolf-Dieter Ihle has not stopped competing in rallies in the last 43 seasons. A true wonder through whose hands have passed all kinds of vehicles, from a modest Audi 50 in its beginnings to the powerful Audi Quattro A1 that drove until last season, passing through various Ford, Volkswagen, Peugeot, Renault, Porsche… and Opel.

At the 70 Rally Motul Costa Brava, together with his co-driver Sven Belz, he will drive an impeccable ex-works Opel Ascona 400 that will make fans jump back in time.

During 1982 and 1983 this vehicle was part of the official Rothmans Opel Rally Team in which drove Ari Vatanen, Henri Toivonen and Walter Röhrl , the latter World Champion with these cars and team in 1982.

Come and enjoy this car in the 70 Rally Motul Costa Brava!