A record-breaking Rally Moritz Costa Brava starts to warm up 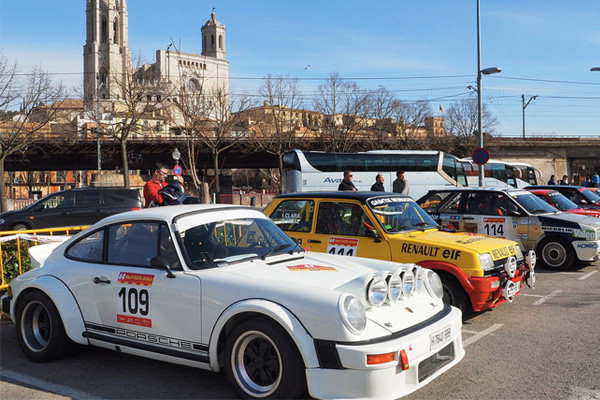 One week ahead for closing the registration process of the 65 Rally Moritz Costa Brava, seven days in which new participants will add to the 140-teams list which have already signed up. Half of them will come from outside Spanish borders, to join the Speed, Regularity and Legend categories. Fans will enjoy spectacular models as Lancia Stratos, Lancia Rally 037 (3 units of each model) and Lancia Delta, Audi Quattro S1, Ford Sierra RS Cosworth, Alpine- Renault A110 1600, BMW M3, FordEscort RS, Porsche 911 and 914, Opel Ascona 400, Talbot Sunbeam Lotus, Alfa Romeo GTAm and many more.

Given the record-breaking success of the 65th Rally Moritz Costa Brava, based in Girona for another year, Alex Romaní, head of RallyClassics, is pleased to have made some changes regarding the initial itinerary: “We had to raise new developments in this 65th edition. Girona will give more space for the Parc Fermé located in Parking La Copa, we will have a new Service Park in Domeny-Fontajau and also a new space for the podium in Ramon Folch Avenue. In the same way, we had to strengthen our very expert human team, with a Service Park Manager and a RRPP to attend all the participants as they deserve. This massive participation affects the route too.” According to Alex Romaní “we had to modify the initial itinerary, so that the tail does not catch the race head, which forces us to make three stages on Friday: Santa Coloma-Cladells, Sant Hilari-Osor and Els Àngels.” 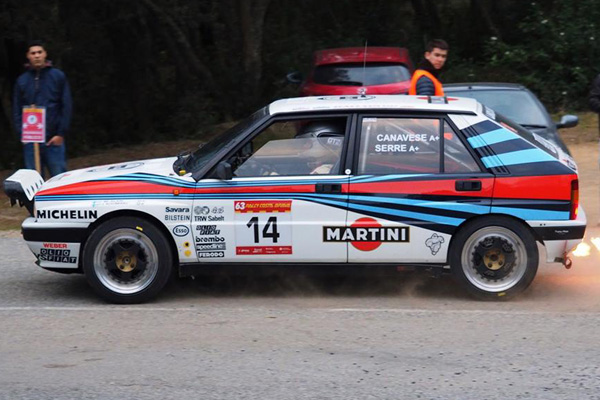 The French driver Patrick Canavese, with his Lancia Delta Integrale 16V, in the 2016 edition

Romaní also refers to fans good behaviour: “We need common sense, in addition to listen to what security offers indicate. To that we must add civility and respect for the environment, to help make, once again, an exemplary rally. The 65 Rally Moritz Costa Brava allows the public to see very closely the most spectacular cars and the most recognized drivers. All of this will benefit Girona as a whole, as the rally is now filling the hotels of this magnificent city and we begin to occupy establishments of the adjacent towns. The economic impact on the territory is very important” remarks the alma mater of RallyClassics.

The 65 Rally Moritz Costa Brava will host participants in three modalities: Speed and Regularity in closed roads (scoring for the European, Spanish and Catalan championships of these two specialties), and the new Legend category, exhibition. The 65 Rally Moritz Costa Brava will consist of 557.99 km of which 182.92 km will be speed or regularity, distributed in 11 sections, 32.78% of the total mileage. The race will start at 18:00h on Friday, March 24 from the podium of Ramon Folch Avenue in Girona, finishing the first stage at 22:00h in the La Copa car park, where the cars will have the Parc Fermé.

The second stage, in full day, will start at 8:30h on Saturday 25 and participants will face eight stages, ending the rally at 20:00h in the car park in La Cop after having spent a few minutes before at the podium of the Avda. Ramon Folch. All service parks will take place in Domeny-Fontajau. The career office will be installed at the Hotel Gran Ultonia in Girona.