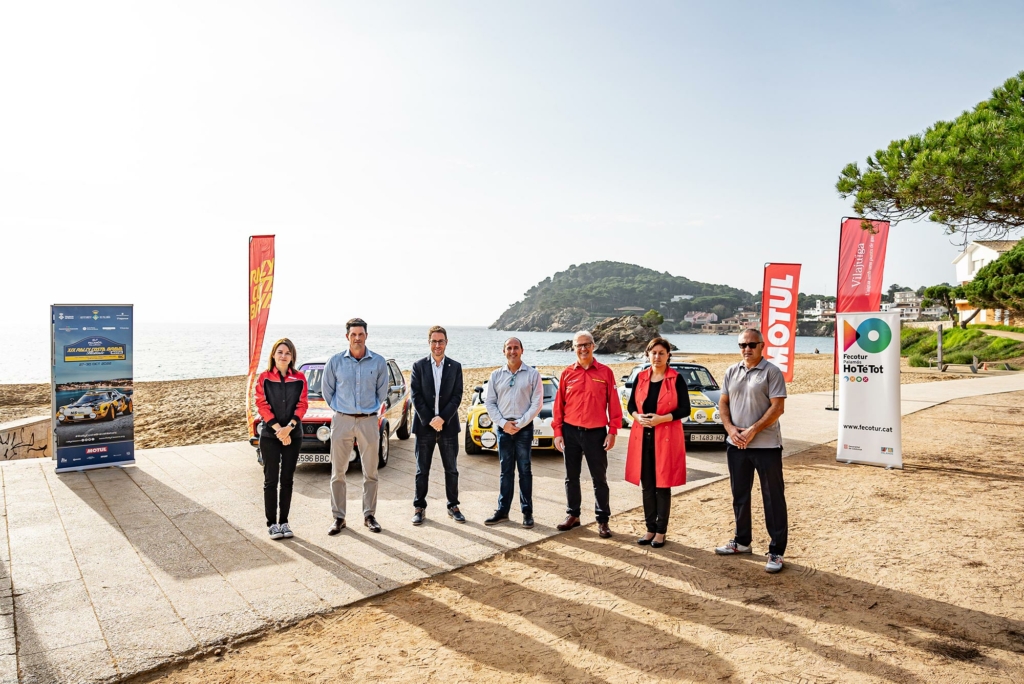 Palamós is already breathing a rally atmosphere. The beach of Sant Esteve de la Fosca has been the setting for the presentation of the XIX Rally Costa Brava Històric by Motul, an event that this year is growing in every way: in the number of entries (126), in female participation, in rookie teams and in kilometres (more than 1,100 kilometres, half of which are in regularity stages). This is also the first edition sponsored by Motul, a brand that reinforces even more their compromise with classic motorsports.

After two editions held at the exceptional time of the pandemic, the rally is recovering the splendour of previous years and presents one of the best entry lists in its history, made up of 126 teams.

The XIX Rally Costa Brava Històric by Motul is a regularity rally for classic and historic vehicles that has been held continuously since 2004, and is a qualifying event for the FIA Trophy for Historic Regularity Rallyes. Its prestige lies in offering participants a complete experience aboard their vehicles: long days behind the wheel, through all the mythical sections of the Rally Costa Brava and along new roads to discover, good gastronomy en route and the excellent location on the beach of Palamós, with a large audience that does not miss any of the stage starts. 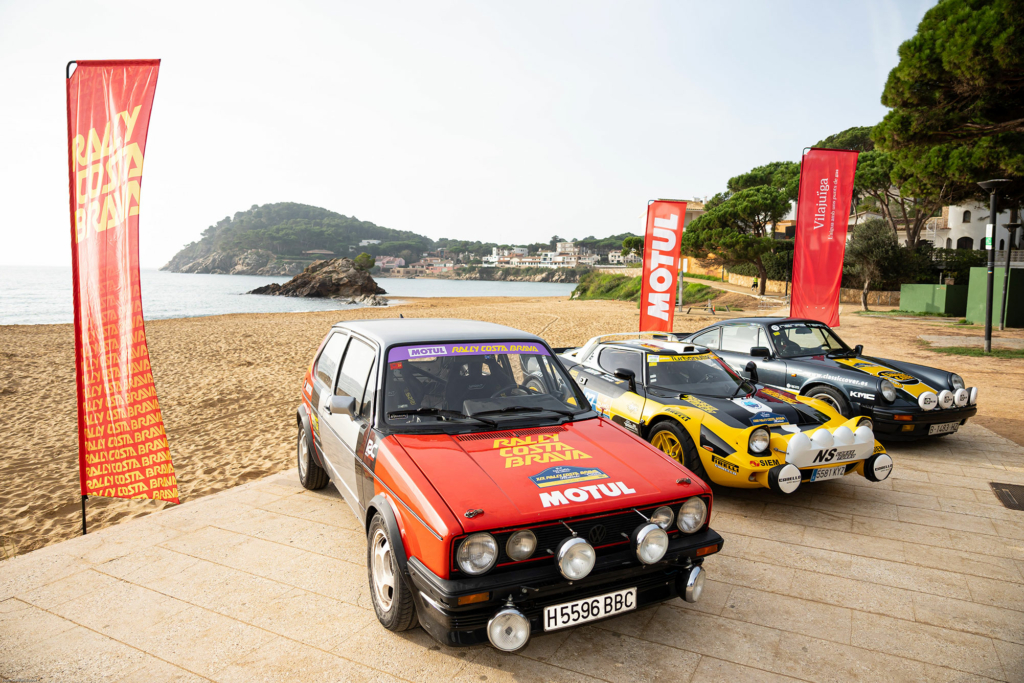 Some news for an international prestige rally

In this edition the organization has opted to promote the participation of new teams, as well as to multiply the female representation compared to previous editions. The success of these initiatives, hand in hand with interesting discount programs or the new “Rally-Sprint” modality to participate only in the stage on Saturday has been total, with 126 teams registered.

Among the registered teams we find all the great national regularity specialists, and also dozens of local teams that will participate in the rally for the first time. Nearly thirty teams will travel to Palamós from all over Europe, coming from countries such as France, the United Kingdom, Belgium, Germany, Luxembourg, Andorra, Denmark or Greece.

Thanks to an entry list of this magnitude, motorsports fans will be able to see vehicles of extraordinary value in action. We are talking about such legendary models as the Lancia Stratos, Renault-Alpine A110, BMW 3.0 CSL, Renault 5 Turbo 2, Morris Oxford, Lancia Fulvia, Lotus Elan or Seat-Abarth 850 TC, among many others.

Another focus of attention will be the participation in the rally of the internationally famous singer Álvaro Soler, who will make his rally debut at the wheel of a Porsche 911 SC prepared by Centro Porsche Barcelona. Álvaro will be in Palamós just a few days after finishing his international tour, thus fulfilling his desire to participate in this event, a challenge that was set in 2020 but that he could not carry out due to the pandemic. 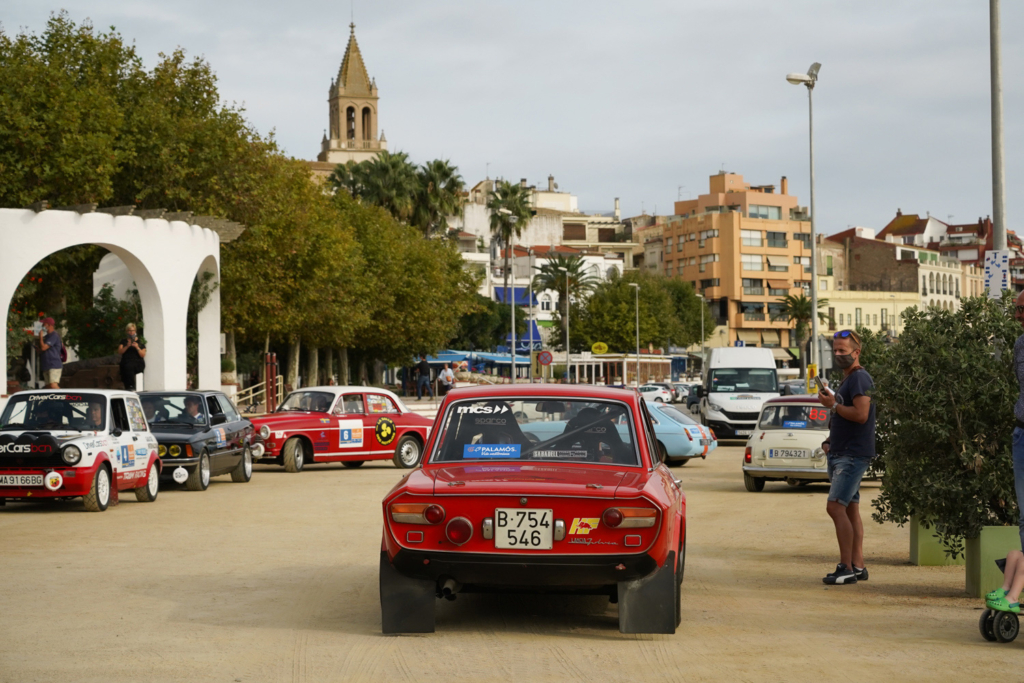 The XIX Rally Costa Brava Historic will also be the first edition in which the rally will be part of #MotorDona, the new program promoted by Club RallyClassics, in collaboration with institutions and companies, to promote the participation of women in classic motorsport events that was launched with great success at the 70 Rally Motul Costa Brava last March.

The women’s representation at the rally will be led by the Nenas Team (Tere Armadans / Anna Vives), which just a few days ago won the Ladies’ Cup and qualified in the Top 20 of the Tour de Corse Historique, possibly the most important historic rally today. Tere has been linked to the organization of the Rally Costa Brava for twenty years, she has been the race director of the Rally Costa Brava Històric on several occasions and for the first time she is facing the challenge of taking part as a participant.

Among the drivers and co-drivers who did not want to miss the rally we find the mediatic Christine Giampaoli, international rally and raid driver, the Dakarians Rosa Romero and Margot Llobera or the journalist and motorcycle driver Judit Florensa, among others. 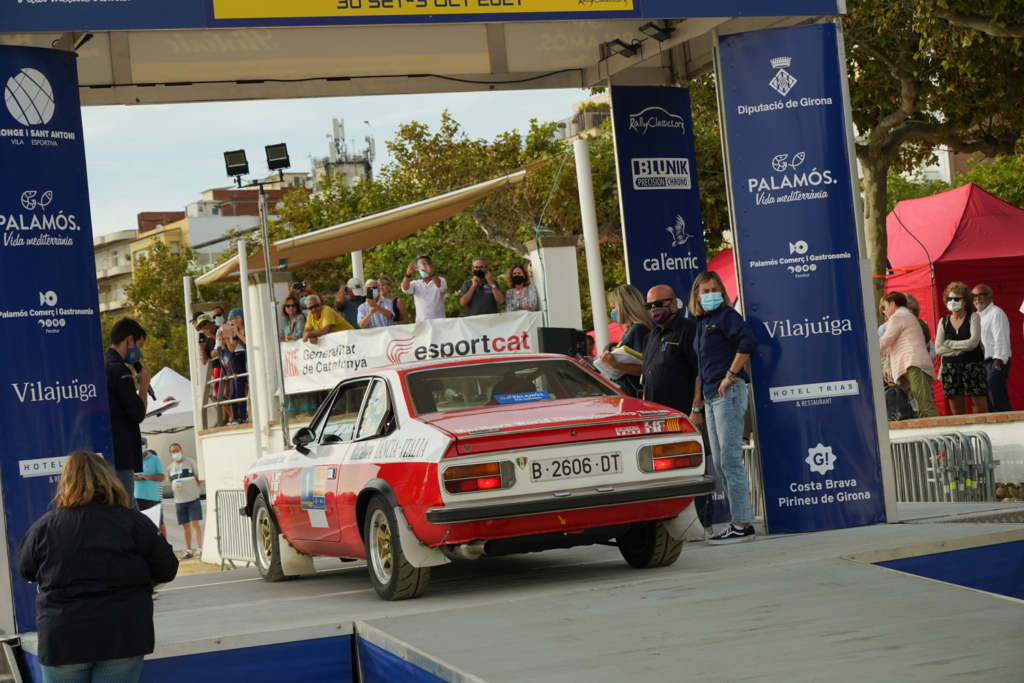 But female representation in the rally will not be limited to the participating teams. The #MotorDona program seeks to give visibility to the role of women in all areas of classic motoring, and in this sense, the XIX Rally Costa Brava Històric by Motul will be a perfect example. Positions of responsibility of the event, such as the secretary or the relation with the participants will be held by women. In addition, a 100% female team of mechanics will be in charge of organizing the assistance and maintenance of many of the participating vehicles.

Informations of the XIX Rally Costa Brava Històric by Motul by clicking here. 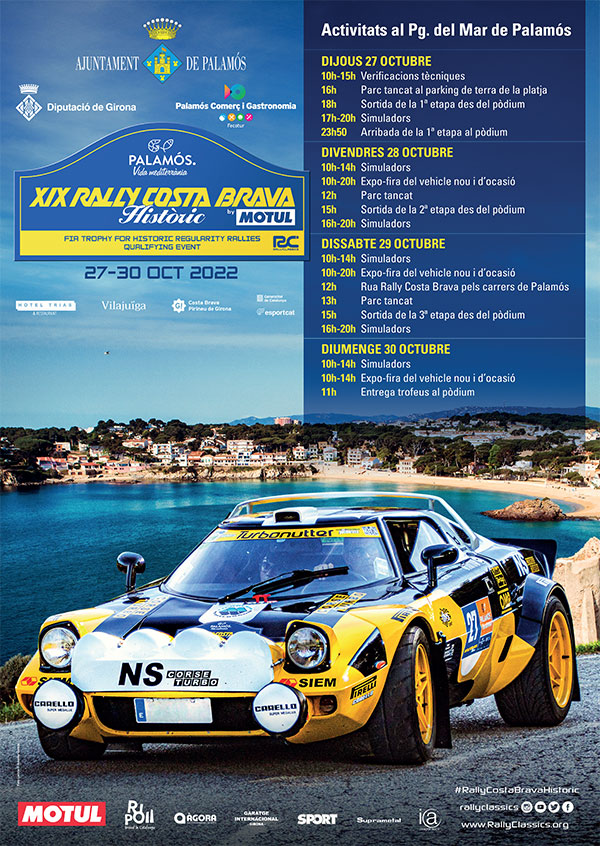