The kings of Europe, Myrsell-Junttila, will return to Rally Moritz Costa Brava 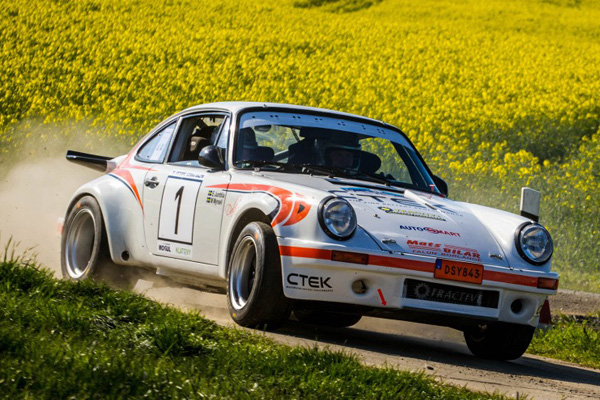 Mats Myrsell and Esko Junttila, with their Porsche 911 in the Historic Vltava Rallye 2016. Photography: eWRC

The well-known and successful tandem formed by Mats Myrsell and Esko Junttila will return to Girona town to try to win the Speed category of the 65 Rally Moritz Costa Brava. The Swedish couple will race with their Porsche 911 Carrera RS 3.0, built in 1974. Among their achievements are the European championships for historic vehicles of 2012, 2013 and 2015, all in category 2. Myrsell has a total of 71 starts in rallies and numerous victories in European tests. Undoubtedly, the team Tractive Motorsport AB will be one of the clear aspirants to win.