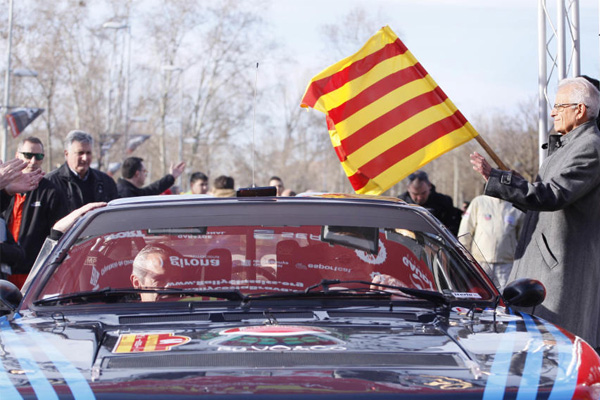 Serge Cazaux and Vincent Clavier, at the wheel of his Lancia Rally 037, at the start of the 64 Rally Costa Brava

The 65th Rally Moritz Costa Brava, to be held in Girona from the 24th to the 25th of March 24th and which will be the first event of the European FIA Rally Championship, has a fantastic pace of registration, both in the speed and regularity modalities. The formula of dedicating this version of the Costa Brava to the classic vehicles has been consolidated as one of the most successful appointments of the specialty, including the thriving and new Legend category, all punctuating for the European, Spanish and Catalan championships.

One month ahead the end of the formal registration process, RallyClassics has already signed more than 90 applications and everything leads the rally to be one of the most massive editions in the history of the test. The ‘parc fermé’ and well-known names already enrolled – many of them with titles in their showcases – are spectacular, which confirms and increases the prestige that has been carved out by the Rally Costa Brava Rally throughout the 65 years of history. The Rally Moritz Costa Brava is the dean rally in Spain and, without any doubt, one of the events that most interest among drivers, both national and internationally.

Among the clear aspirants to victory it can be found Erik Comas and his spectacular Lancia Stratos HF, accompanied by Yannick Roche. Comas is a former driver in F1, GT and Resistencia (with an absolute 2nd position in the 24 hours of Le Mans 2005), who already took part in the Rally Costa Brava in 2016 but retired very soon. With Stratos are also enrolled Claus Aulenbacher-Andreas Mirow. 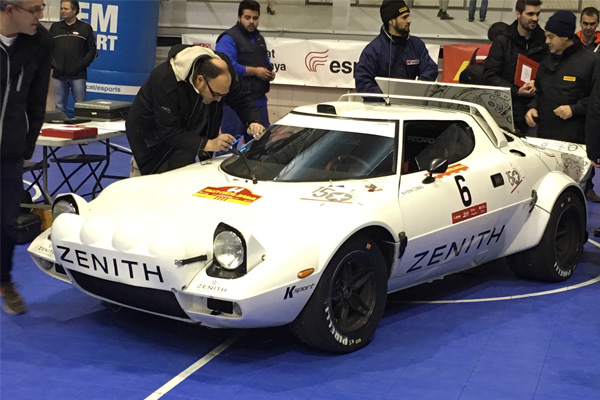 Lucio Da Zanche (4th in 2014) has also signed up to participate with a Porsche 911 Carrera RSR 3.0 co-owned by Daniele De Luis. The Italian has the title of European Champion of Historical Vehicles of 2014 and he is the current Italian champion of historical vehicles. Richard Hall and Campbell Declan will debut in the Rally Moritz Costa Brava with a Talbot Sunbeam Lotus. Hall stands out for his Irish championship of historic rallies and for his last victory at the Ulster Historic Rally 2016. Other registered foreign drivers are Darren Moon (Ford Escort), Pierre Carestia (Audi Quattro S1), Frank Cunningham (BMW M3), Anders Johnsen (Porsche 911 RSR), etc.

Among the entries are also Spanish champions such as Daniel Alonso-Salvador Belzunces, at the wheel of his competitive Ford Sierra Cosworth with which they won the last edition in addition to the national title. There will also be Antonio Sainz-Javier Martinez-Cattaneo (Porsche 911 RS), winners of the National of Historical Vehicles; Cele Foncueva (Ford), Alex Sasplugas (Ford), etc.

Many are the pilots who are expected to be registered, such as Xavier Piña’s Lancia Stratos. It is foreseen the participation of a Rally Costa Brava winner as it is Lucky; and also Jean-François Mourgues, Marco Bianchini, Paolo Baggio, Patrick Canavese, Christophe Vaison or Josep Pujol, to mention those who have expressed their interest and drive great machines.

The 65 Rally Moritz Costa Brava will consist of 557.99km of which 182.92km will be speed distributed in 11 sections, a 32.78% of the total mileage. The test will start at 6pm on Friday, March 24th, from the podium settled iin Ramon Folch Avenue in Girona, finishing the first stage at 10pm in the La Copa car park, where the cars will have the ‘parc fermé’. The second stage, in full day light, will start at 8:30am on Saturday 25th and participants will face eight stages, ending the rally at 8pm. All service parks will take place in Domeny-Fontajau. The rally headquarters will be located at the Hotel Gran Ultonia in Girona.