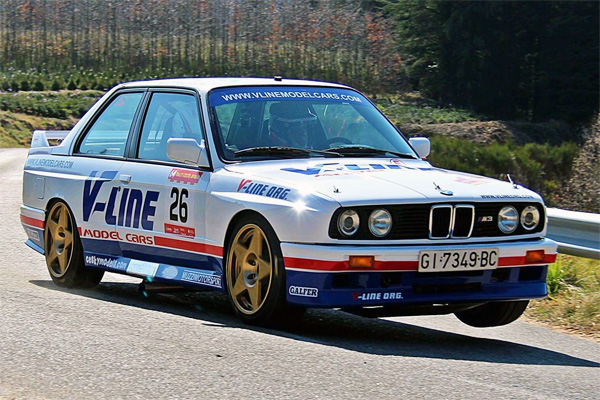 His sporting career as a pilot began in August 1989, on the occasion of the Ascent to Almofrei, scoring test for the Spanish Mountain Championship, at the wheel of a Renault 5 GT Turbo

The Catalan driver Francesc Gutiérrez has confirmed his presence in a new edition of the Rally Moritz Costa Brava, after his successful debut in 2014, where he finished in 3rd place. As in the previous editions of 2014, 2015 and 2016, Gutiérrez will be accompanied by Álex García at the wheel of his BMW M3 manufactured in 1992.

Francesc Gutiérrez stands out for being a very quick pilot at the same time as multifaceted. Without doubt, the 24 Hours of Barcelona is the most special test for him, being the only pilot that has participated in all editions, achieving two absolute victories and three more in his category, two second and third places, being the first in to do them with a team formed by 2 pilots, in this case next to Laia Sanz. In 1999, he promoted and organized the Honda team in the 24 Hours of Barcelona, ​​combining his role as a driver with the team manager, achieving the first, second and eighth places.