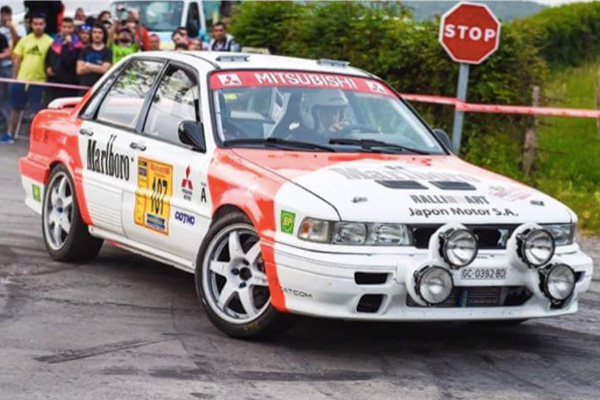 The new category of the 65 Rally Costa Brava is attracting the interest of many participants, both nationally and internationally. The last one to join is the Spanish Juan Navarro, who co-driven by Montserrat Flores, has enrolled in the new Legend category. The vehicle that will take part of the test is the Mitsubishi Galant VR4 Gr. A, the same car driven by Ricardo when he was proclaimed champion of Canarias in 1992 and ended in 4th place in the Spanish Championship in the same year. Furthermore, the vehicle was one of the few units manufactured by Ralliart specifically for asphalt.