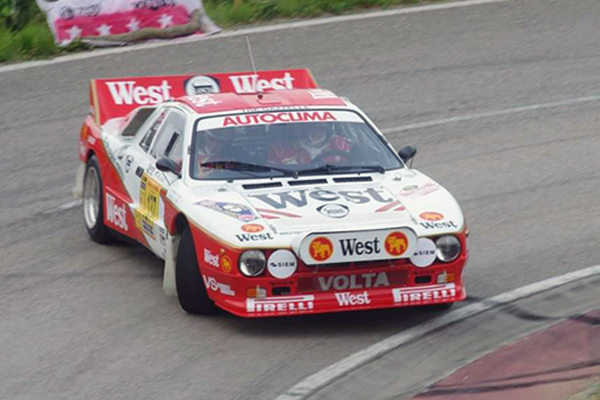 In 1984, the Italian Carlo Capone along with the American Sergio Cresto took part of the 32nd edition of the Rally Costa Brava, scoring for the European Championship. In that year, the Italian team of Michele Cinotto and Emilio Radaelli were proclaimed winners of the Catalan rally with his Audi Quattro. Nevertheless, West Team 037 composed by Capone-Cresto finished the season at the highest position in the championship, ahead of the Porsche 911 SCRS of Henri Toivonen and winning in rallies such as Boucles de Spa, Costa Blanca, Zlatni Piassatzi or Halkidikis.

Nowadays, it was José Pujol who acquired the Lancia Rally 037, chassis 413, to return to activity such a successful vehicle. In the past, Martini brand occupied most of the painting of the Lancia 037, therefore Pujol in 2015 and after researching the origins of the car, made the vehicle be painted as it was at the Rally Costa Brava in 1984.

Thus, in the next edition of the Rally Costa Brava to be held in the city of Girona during next March, participants and spectators will enjoy again watching Carlo Capone Lancia Rally 037 in action in the new Legend category.