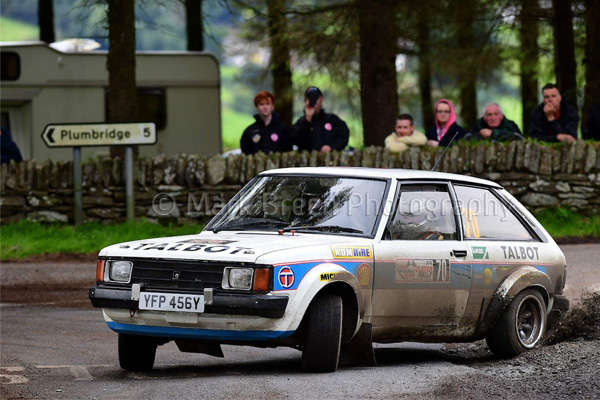 The Hall-Campbell duo, during their participation in the Ulster Historic Rally of 2016

The Irish team, formed by Richard Hall and Campbell Declan, will debut in the first race of the European Historic Rally Championship, the Rally Moritz Costa Brava, in the Speed category. They will attend to the rally with their Talbot Sunbeam Lotus, car made by Jim Little, former engineer of the company Talbot. Little also participated in the design of the model produced exclusively for Gary Gee, also registered for the Rally Moritz Costa Brava along with Antonio Boto. Richard Hall’s honors stand out for his Irish championship of historic rallies and for his recent win at the Ulster Historic Rally 2016, held in Northern Ireland.