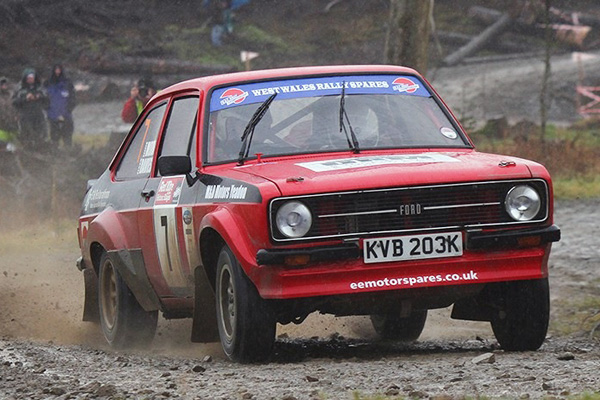 Darren Moon with his Ford Escort MKII during his participation in the Red Kite Historic Stages of 2014. Photography: eWRC

The British team formed by Darren Moon and John Connor have formalized their registration to participate in the Speed modality of the 65th Rally Moritz Costa Brava. The pair will debut in the emblematic Costa Brava test with their Ford Escort RS 1800 MKII of the year 1976. With a total of 33 rally starts along its trajectory, Moon will compete again with the co-pilot with whom he finished the Belgian historic rally Boucles Chevrotines in a meritorious second position. The British-born driver has also taken part in tests such as Ireland’s Rentokil Killarney Historic or the British Riponian Stages Rally.