Daniel Alonso seeks to revalidate the victory in Girona 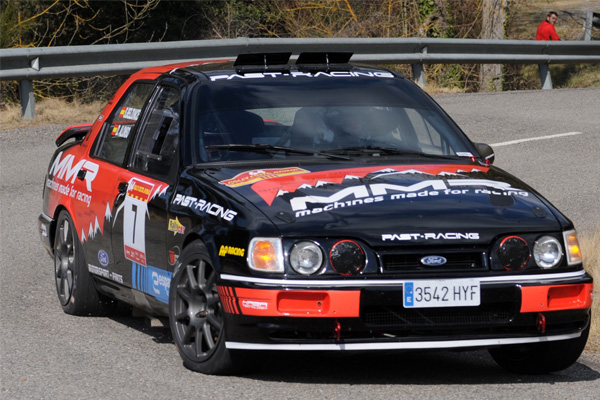 The Asturian driver will repeat in the Speed category of the 65 Rally Moritz Costa Brava. The Spanish, co-piloted by Salvador Belzunces, managed to win the 2016 edition after recovering a penalty of 1 minute and, thus, achieving the absolute victory of the inaugural test of the FIA European Historic Sporting Rally Championship, besides from also winning in the speciality of speed with historical vehicles in the Spanish and Catalan Championships. Alonso will return to Girona with his Ford Sierra Cosworth 4×4 with the main goal to step up into the top of the podium again. From the same Past Racing team, the following members will also take part in the rally: Cele Cueva (Speed category with a Ford Sierra Cosworth 4×4), Francisco Javier Esquer (Speed category with a Ford Sierra Cosworth 4×4) and Javier Esquer Ruiz-Galan (category Legend with a Ford Escort RS Cosworth).4).