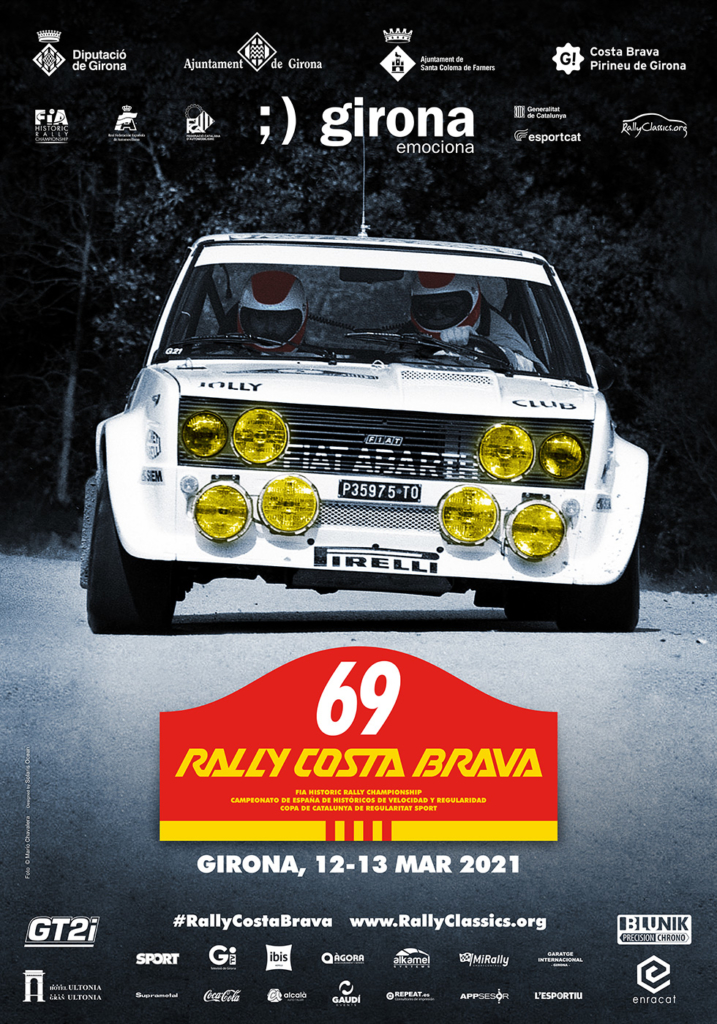 It’s official now. The engines will roar again for the dispute of the 69th Rally Costa Brava, the oldest rally in Spain, which will take place on 12th and 13th March 2021 with its epicenter in Girona.

With the aim of making as easy as possible the attendance of both national and international teams, the 69th Rally Costa Brava will maintain the same stages planned in the 2020 edition that had to be canceled due to the health crisis caused by Covid-19. The locations of the rally base (Hotel Ultonia), parc fermé, podium, scrutineering and service park in Girona will also be the same.

All information of the event can be found here, where you can check the requirements to participate and the schedule.

The 69th Rally Costa Brava will once again be the opening round of the FIA European Historic Sporting Rally Championship, the Spanish Championship for Historic Vehicles (Speed and Regularity) and the Catalan Cup of Regularity, in addition to the always anticipated Legend category.

The RallyClassics organization is already working to be able to welcome back the best teams on the European and national scene. The event will include all the security protocols that have already been implemented with great success in events such as the recent XVII Rally Costa Brava Històric, always with the aim of minimizing the impact of Covid-19.

In addition, in the hypothetical case that the rally could not be held on the scheduled date (12-13 March 2021) due to the pandemic, the organization keeps a backup date in the FIA Historical Rally calendar. This second date corresponds to 12-13 November 2021, which would mean the closing rally of the 2021 FIA championship.

An Official poster that looks back 40 years

The Official Rally Costa Brava poster pays tribute to the greatest winners of this event, the oldest and currently the most important classic car rally that takes place in the European Championship. On this occasion, the graphic image of the 69th Rally Costa Brava pays tribute to the victory achieved in 1981 by Adartico Vudafieri and Arnaldo Bernacchini with the Fiat 131 Abarth of the Jolly Club.

The image has been provided by the JAS archive and the author is Mario Chavalera, also becoming a posthumous tribute to the renowned journalist and photographer, who passed away on 12th November.

You can access the rally site by clicking here. More information to be published soon.