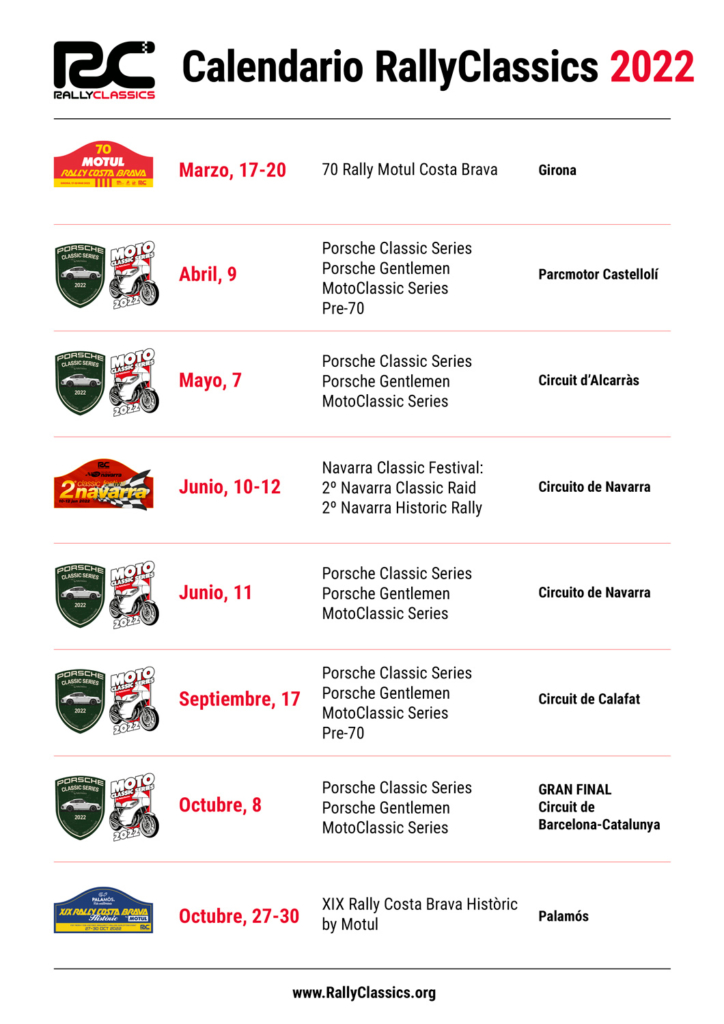 In the year of our twentieth anniversary we have prepared a season where your classics will be the stars.

We will start engines with the 70 Rally Motul Costa Brava (17th-20th March). The oldest rally in Spain will open in Girona the season of the great European historic rallies, where we expect more than 180 vehicles.

With the arrival of spring we will launch the Porsche Classic Series and MotoClassic Series of regularity, which this year will feature 5 events, from April to October with new discounts for young people, women and rookies. We start on 9th April in Parcmotor Castellolí.

The Porsche Classic Series Grand Finale will be at the Circuit de Barcelona-Catalunya on 8th October, and from 27th to 30th October the XIX Rally Costa Brava Històric by Motul awaits us in Palamós, one of the most prestigious Regularity rallies in Europe.

And perhaps soon we will announce a surprise to end the season.

Come and enjoy 2022 with RallyClassics!